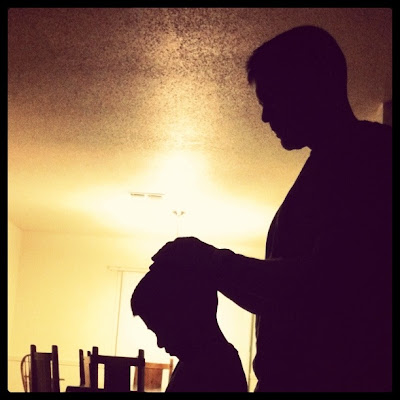 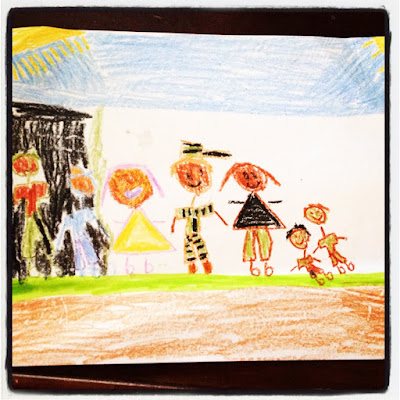 the brown lowes.
by miah.
Posted by Jessica the Jacked LDS at 10:45 AM

Ok, totally crying right now...he is lucky to have you - all of you!

Oh my...this struck me big time!! I have issues with my daughter and her struggles with school, that I get irritated when she can't pick up the concept as quickly as I'd like, and I mentally compare her with my oldest who always picked up on things quickly. Bah..now I feel like a schmuck, but I'm thankful this post made me feel like that, because it shows me I need to lift her up and make her aware of her gifts from Him. Thanks lovely lady. XO

As if my cold isn't making my nose run enough...
What a beautiful post, one that he will cherish as the years go by. Very well said. I am so happy that you decided to drag the babies out and go watch his sweet Christmas concert. And I'm grateful that you were touched by the spirit. Thank you so much for sharing this perfect, personal experience. I loved reading this.

miah.. i love you. thank you for letting us choose you to be in our family. and thank you sister for being close to the spirit to see the things that make you a better mom and a better person. it's so reassuring when everything else seems crazy right now. love you.

What a fabulous reminder for ALL PARENTS!!!! Thank you for sharing this today...it really spoke to my heart.

This post completely made me cry. Miah is so blessed to be with a family that truly loves him.
And don't beat yourself up too much, as moms we ALL have those moments of frustration and grumpyness and forcing ourselves to do things we don't want to do.

Jessica, thank you for posting this. Your post couldnt have come at a better time.
I have been struggling with my son all year. He is ADHD and bordering on austitic (a diagnosis i dont wanna hear). It is a battle every. single. day. I dread the homework he comes home with at night. I constantly compare him to his sisters. I yell at him and scold him for his grades. I am so frustrated. I feel like I am failing as a mom. I am failing my son. THis year, seventh grade, has been the hardest. I am so overwhelmed. Why cant he be more like his sisters?
I am so glad you posted this. I needed to hear this. I need to let go and be happy that my J.T. is so different from his sisters. He is so loving. He tells me he loves me and squeezes me every day. He says I am the most important thing in his life. (yes a teenage boy tells me this) I need to be content in the thoughts that my JT is doing the best he can. I need to stop stressing and be happy I have a gorgeous son. I need to let go and let God handle the rest. So, tonight when i sit down at the table to help with homework he doesnt understand, I am gonna take a deep breath and smile because I am one very lucky mom.

Well that's a first, you made me cry and probably will never happen again seeing as you usually make me pee myself, akward? Yes, what a beautiful post about your son and what an awesome thing you were able to step back and find some reflection, sometimes as moms this is really important.

Well, I cried through the entire post. holy crap do i ever suck it too sometimes. Thank you for opening up my eyes and giving me the kick in the arse that I needed.
Lucky Miah.
Luckier You.
:)

what sweet thoughts. all he needs is for you to love him and encourage him and he'll bloom like a pretty little flower i think. having a mom who believes in you is one of the best tools you can have behind you, i'm pretty sure.

and you're not a sucky mom. you're an awesome mom. who deadlifts in ugg boots.

My little brother is ten years younger than me. He had such a hard time with reading and writing, my mom would get so frustrated with him and yell and scream as he tried to keep up. It didn't help I was a speed reader from an early age.

But eventually she knew something was off. She took him to get tested and learned he was severely dyslexic. And dysgraphic. She felt awful for yelling at him for something he had no control over for years.

But it happens. My mom is not terrible for how she reacted. She gave him the encouragement he needed and the help as well.

Thank you for sharing. I am a teacher, and it is so good to be reminded of this on this day.

You could have warned us with a cry alert! Thank you for sharing. You're an awesome mommy!

great post! its a good thing for this momma to read and be reminded of. heck, i think its good for each of us to remember about ourselves. :)

I'm glad that you had your little epiphany, Miah needed it. Poor little guy. But you are a little hard on yourself, he's probably just as irritated with your teaching skills as you are with his math skills so I think that cancels you guys out. Miah's a smart boy, what he lacks in academic prowess he more than makes up in social graces. He'll probably be a marketing genius or a killer salesman, he'll be the "money maker" of your children and if you're patient he'll support you someday.

And one more thing, why the crap are 2nd graders singing "I saw Mama kissing Santa Claus?" Holy Crap, inappropriate!!!

So sweet. I think all moms can identify a bit!

You made me cry.. Great job!

OH Jessica! That was such a sweet post and you are such a GREAT mom!