confirmation through a loss.

a couple weeks before i left to get my Lover in NC,
we got some rotten news.
miah's foster parents called to tell us
they had seen on the news that
miah's biological mom
had been killed.
it's really a very sad story.
her entire life, that is.
i told miah
what had happened that night.
we're very open with him about everything.
and i wanted him to remember
the day that his mother died
because that is a huge part of where he came from.
i told him
that i would go to the funeral for him
and tell him all about it.
and take pictures of his family that he had never met.
and he was very VERY excited about that.
at first i was against letting the family know who i was.
our adoption is not open
so they have no idea who has jeremiah
or what happened to him (as i later found out)
and this would be my first time meeting them as well.
i had never even seen a picture of his mother
until i saw the news clip.
i wasn't sure if my being at the funeral
would make things better or worse.
but after thinking about it,
and talking to miah's foster mom a lot,
i decided that
i HAD to tell them who i was.
and not only that,
but i had to bring them pictures of my miah
to show them how perfect he is.
and so?
i did just that.
and although i was shaking with nerves
and stumbling over all my words like a fool,
i told them this:
"my name is jessica lowe.
i am jeremiah's mom,
martha's 4th son.
i wanted to be here to tell you how sorry i am for your loss
but i also wanted to tell you
how grateful i am
for the gift that martha has given our family.
thank you."
my presence there was so greatly appreciated
by his ENTIRE family.
i was able to take pictures
of all of his half siblings
(he has 6 of them!)
for him to keep forever.
they treated me and my mom (who went with me)
with such respect,
bringing us to the front of the burial
to be with all of the family,
as if we were just that,
family.
being there made me realize
how perfect heavenly father's plan for us is.
even though i already knew
that jeremiah was meant to be in our family
since before he came to this earth,
i was also able to get a feel
for what martha felt
on the day that she gave birth to him.
from the information i received at the funeral from her family,
i know 100% that even martha knew
that he was not meant for her to raise.
given the circumstances he was born under,
he was taken away from her
and although she could have easily followed the plan to get him back,
she chose not to.
there is, of course, a lot more to the story
but i'd rather keep that sacred
to our family and those who are close to us.
my point is, martha felt it.
she knew he was not her son
and she wrote him off very quickly
to avoid creating a bond with him.
and as sad as that sounds,
i'm very grateful
that she listened to that feeling.
the whole experience has given me even more confirmation
on how important it was
for miah to be in our family.
which makes him all the more special to me
(if it's even POSSIBLE to be more special than he already is). 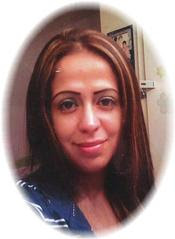 This was lovely. And why I love and support adoption. I think her family will be forever touched by you reaching out.

Thanks for sharing. That was a very brave thing to do and such a beautiful outcome.

Having placed my own baby for adoption 6 years ago, I am always looking at different perspectives from both those who have adopted and those who have placed their own children for adoption.. I know first hand how difficult it is to place a baby and to then walk away.. I know first hand how much that baby is thought about each and every single day.. I also know first hand what it is like to adopt a baby into your home because 2 of my own siblings joined our family through adoption.. I know they were meant to be in our family and never question that.. I also know that my little girl is with her forever family where she belongs.. She was never mine.. She is actually a child who was born because of a rape.. I hope she will never have to know that part of her story.. What a miracle it is and a blessing to have adoption as an option for both adding to your family and finding the perfect home for your own baby.. I love my brother and sister who were adopted as babies 10 years ago.. I love my little girl who was adopted 6 years ago.. So sorry for your little guys loss, but so happy that you took the time to go and support his birthmother and her family at such a hard time in their life.. You will be blessed for that..

Thank you for sharing that. You are such a brave and admirable woman. I'm blessed to know you!

Miah, as all of your kids has the best Mom ever!!! A sad day, but you knew just what to do to make it a precious memory for your son.

That was very beautiful, Jess. I'd love to hear more about it when I see you if you feel like talking about it. Sweet Miah is so lucky to have you guys for his family!! :)

Im a new follower and can I tell you how powerful this post is. I admire you more than you will ever know! Thanks for sharing your story :)

Oh adoption. You get me every time.

Oh my goodness, that was so beautiful! You are such an amazing mother. I have tears in my eyes after reading this.

Wow - that must have taken some chutzpah - you are amazing! Your kids are so lucky to have such a wonderful mother. You rock. Give Miah a extra special hug from me.

And again, please think of my eyeliner before your post these tearjerkers... a little warning please.

Wow. I am so sorry for the loss (for your little guy and you) and I have to admire you so much for going and being there for him. You are so astounding, it never ceases to amaze me!

crazy how things like this happen. I'm proud of you for going though, sister. I know that must have been really hard since you aren't really into doing stuff that's outside your comfort zone. love you... and i love miah too :)

Very sorry about your loss. Im glad you got to meet the family and all though. Im sure it was very nice for you and them. hope Miahs doing well also. Its nice to see your blogs again :]

That was very brave in more ways than one. Thanks for sharing.

Wow, what an amazing experience and a touching story. You're a good mommy and Miah is so lucky to have you.

Oh my goodness. I'm bawling like a baby. I was an adopted kiddo, and I know this whole ordeal is difficult. You did probably the most graceful and appropriate thing, and bless you and your family for that.

I'm gonna go curl up in a ball and sniffle now. You're awesome, lady.

incredible story, moment and journey. I'm glad you had the courage to go and i'm glad it also cemented you're belief that Miah was truly meant for your family. Love you girlie!!

thanks for making me cry hussy. such a special family you have :)

that is so sad. but i'm glad you handled it so gracefully and so courageously. it's good that he knows where he came from and his whole background. it seems he's lucky to have been given to a family like you.

What a sad story but sweet all at the same time. It was SO good of you to do what you did.

On a lighter note: What an awesome blog! I love it to bits. Definitely following. :)
x

That was brave and kind of you. And great for your little guy.

How brave of you to go to that funeral but absolutely the right thing to do for your son.

How sad that she had to lose her life so young. :-(

I'm glad you went to the funeral. I think, when Miah grows up especially, this gesture and kindness will be one of the defining moments in your relationship. You are an awesome mom and a wonderful person. Miah is lucky to have found you...

what an amazing, special experience for you. Adoption is such a beautiful, amazing thing, I'm so glad your son found his way into your arms.

so touching--I have a huge lump in my throat now. Thank you for being so open and sharing this story--I admire you as a Momma!

I'm a new follower! :) Can't wait to get to know you better!

You are brave for going, but it looks like God blessed you for listening to him! I am sure your son will appreciate it very much as he grows up and understands it all a little more.

Wow. I love your strength. You are amazing. And a wonderful mother.

Love adoption. Thanks for sharing.

wow! this made me cry...so powerful...I've recently begun to reach out to women considering abortions. So many women don't choose adoption..perhaps this story could help someone choose adoption over abortion.

I'm happy that you a have a little one in your life.
God Bless you

Would you mind if I printed this out and shared it to the women at the clinic?

Sheesh. Glad you are his mama.

Such a touching story. Thank you for sharing so much of yourself and your family.

Autumn @ Autumn All Along said...

I'm sorry to hear about your loss. I am adopted and it has always been a blessing for me to have an open adoption, although I am glad we lived over six hours away. She always let me initiate contact and not the other way around which made me feel very secure. It was nice for me growing up because I could ask about medical histories and figure out who I looked like in the family. Adoption has been a blessing for me as I am sure it has been for you too with your cute little boy.

Thank you for that beautiful story. I am so glad that he now has the memory through you and pictures of his bio-mom's funeral and family members.

Wow! I totally agree that it was the right thing for you to do and a beautiful gesture to your son and his bio family. I love to see how God is moving your heart!