all dressed up - the gold villainess villain.

so i'm participating in a new radical linky party today called...
all dressed up.
it's hosted by michele over at
no model lady
and. it. is. awesome.
if you've ever visited my hussy blog
(ahem, that's a hint to get on over there and check it)
then you know how much i love to dress up.
and be a nerd.
and embarrass myself.
so this linky is right up my alley.
if you wanna play too,
go check out michele and spread the word.
be sure to link it on her blog so we can all see!
the sky is the limit on this folks.
fun, pretty, fancy, silly,
whatever you're in the mood for.

let us begin...
once upon a time
there was an evil gold villainess villain.
she liked how her name had two of the same words in it.
she didn't care that it was repetitive.
she had more important things to worry about
like finding the person in charge
of keeping her Lover hostage
and out of the bonds of her goldness.
and collecting more gold
from unfortunate victims. 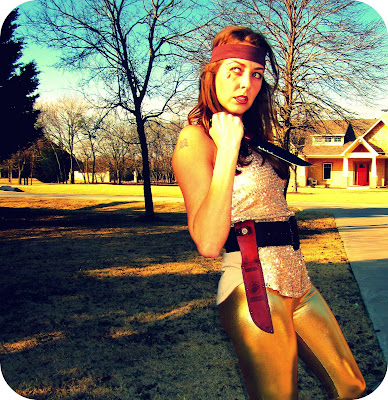 her weapon of choice?
the usmc ka-bar.
(that wording was strategic for googlers)
she'd use it to slice her captive's jewelry
straight from their body
so she could stick it in her conjobulator
(yes i made that word up)
and make more gold outfits.
and who could forget her
diamond encrusted melleculite.
(yes i made that word up too and it's freakin awesome)
worth over
$12985040392.65 billion dollars!
Mwuahhhahahhahah! 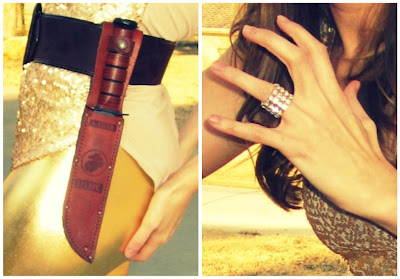 this gold villainess villain would stop at nothing
to find those who had taken her Lover.
she didn't care if she lived in
an upper middle class
suburban neighborhood
in her extremely conservative parent's house.
she didn't care that people driving by gave her the stink eye.
and she definitely didn't care that her neighbors
were staring at her through their windows.
no way.
villains don't care about much. 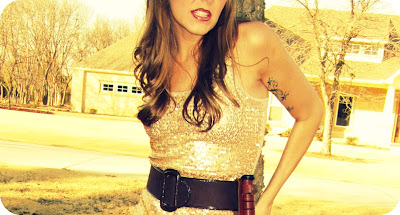 the gold villainess villain was hardcore.
she climbed ropes with knife in hand
as if it were as easy as carrying two babies
under the age of two up a stairwell
all while lugging a 5 lb diaper bag
and a starbucks.
pshh. 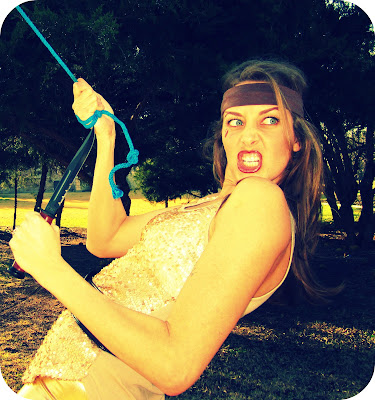 her main objective was nothing but:
find Lover
and bring him home.
and make a few nice gold outfits in the process.
(using the conjobulator of course)
all while looking totally sultry
by accident
on purpose. 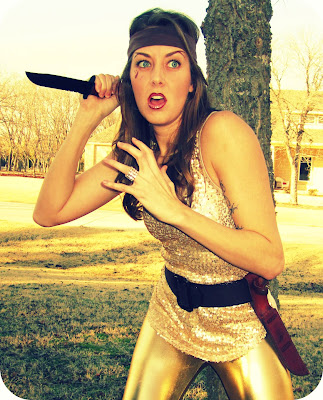 if by chance she thought she was being watched,
she'd pretend she was just modeling
nice sparkly gold outfits
in her driveway
as her 10 year old son takes pictures of her.
(all while complaining that he needs to go finish his black ops game)
because that's totally normal.
modeling gold outfits in your driveway.
no biggie. 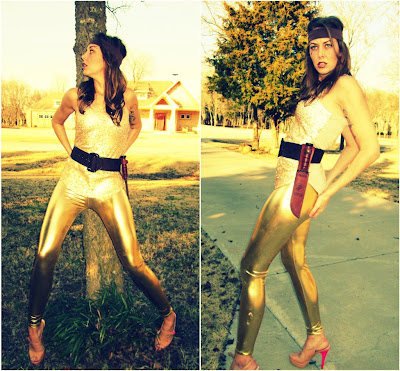 my only warning to you:
beware of the gold villainess villain.
she may not look harmful,
but oh yes, she is.
and sneaky sneaky sneaky.
she could pop up anywhere and steal your gold.
but you might want her to.
because she looks pretty ridiculous.
and you'd get a nice little laugh out of it.
and she'd probably turn red.
and then run away.
in her gold leggings.
with her ghetto booty jiggling right behind her. 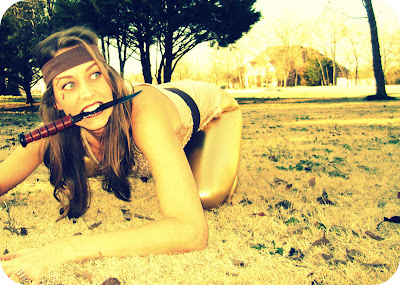 special thanks to my jakob
for being an awesome photographer
and humoring his annoying weirdo mom
who obviously has nothing better to do.
even though she does.
she's just not doing it. 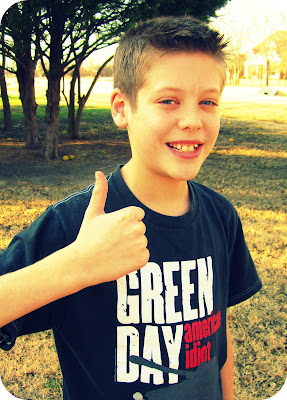 ok dudes.
go check out michele and play along!
i can't wait to see you all fancified.
Posted by Jessica the Jacked LDS at 7:00 AM

you look golden! way to rock the leggins! your eyebrows look neato, one day i will rock such a look when it won't look like i have 3 front-butts.
jake's a good sport, prolly just cuz you were trying to save Lover. ;)

Okay, your story blew my post away. Way to be a one-up Wanda. I must say...whomever gifted you those gold leggings is pure villain fairy Godmother!

I think I just peed on myself from laughing so hard. YOU LOOK HOT!!! LOL

I just kept laughing thinking "What in the WORLD were the neighbors thinking when they looked out & saw this photo shoot?" ... awesome!!!

There's not many women in the world who can pull off gold, butt griping pants!!! GO GIRL!!!

i love your story along with the pictures! and i love even more how you jacked up your perfect tattooed eyebrows so nobody would see what they look like yet!! haha.
awesome post!

that is so fabulously wicked I am in awe of you! lol. Your son is working on the probate paperwork to have you committed, you know it!

you crack me up! thanks for the laugh!

i'm still at my parents' house and my mom DIED at these pics. my fav is the crawling thru the yard :) and that poor jake had to take them! love ya!

Those gold leggings are stellar. Particularly because it's your hot body rocking them. Very few could pull that off.
But GHETTO BOOTY? Come oooonnnnn! That is NOT a ghetto booty. Just go ask a black man. And I know, because I'm a black man. Just kidding, but I've got a ghetto booty - the black men told me.
Loved your photo shoot, mama!

Holy crap! Who the hell can pull off gold leggings? You, that's who.

Haha I never heard of this thing you are talking about but hey it looks entertaining and if its something that you love to do then power to ya! :-) You looked rockin' in your gold costume as well!

I think this is my favorite post yet. I laughed out loud the whole time, especially because I knew your son was taking all these pics instead of playing his video games. LOL that is seriously awesome :) this is fabulous!

you're a dork. in gold leggings. with forked eyebrows. and a rockin' headband.

BWAHAHAHA!!! This is hilarious! That's a lotta gold lady! :)

These are hilariously awesome! You've convinced me of the absolute necessity to have shiney gold leggings in one's wardrobe. And how cute is your son???

That pic of you on the ground with the knife in your mouth just killed me. So awesome!

way to wear them gold leggins! i'm proud of you!! who knew you'd have all these oppertunitys to show em off!!

first of all, what kristina said.

secondly, laughed my BRAINS OUT! gah! i love you!

thirdly, love that you son is taking the photos! LOL

your son is rad. totally patient too!

This will definitely come up in Jacob's therapy. But it looks fun.

reason number 245 you are missed.

Thanks for the laugh you crazy villain!

I so wish I was your neighbor! Love it!

You are SOOOO wearing those leggings to church when you come back here! No getting out of it. They're just too darn awesome.

but honestly, who wears gold tights.

Sooooo creative and fun! You look like an actress!

BAHAHAHAH... I bet your neighbors are totally jealous.

Let me just say, you are hilarious with a capital arious. I know. That makes no sense, but it does. So thanks for making me laugh, and giggle again. Is this a weekly linky? I might play next wk and let my world renowed in-home photographer 3 year old Sophia take my pictures. Nice.

this won't be my last time here.

haha ok this is awesome too and your header?! stop it. amazing.

woops- i posted twice. i thought it got lost in blog land. nope. its there. twice.

I love your crazy outfit! I I rocked that outside my neighbors would call the cops... wait they are the cops.... I would like to thank you for the lovely comment on my blog that you wrote. I had "met" you when you did the daybook spoof and loved it! now that you comment on my blog and reminded me about cha I watched your videos and they are a hoot! thanks fore the entertainment! we just got a flip camera I hope to use it soon! you look like an amazing mother I hope to be "the cool mom" like you are :)

oh man you are so awesome! This is totally something I would do! I freakin love and admire you and i haven't even met you! Thank you so much for the comment on my blog. I was beyond ecstatic when I saw it. Like literally my jaw dropped and I felt so cool that not only you looked at my blog but you commented on it. Yeah I'm a dork :)

Wow...utter awesomeness, I believe. I think Florida State U would be pretty impressed if I showed up to a football game in this getup...garnet and gold supernoles, here I come! You just seriously have me crackin...so glad you stopped by the blog! You basically rock...like really..haha

That is wonderful. It reminds me of my sixteen year old daughter and her cosplay (costume play). She actually sews up parts of the costumes. Then she and her friends will gather at a park every other month or so dressed as an Anime or Manga character (kine of like teeny tiny Dragon-Cons).

Yes. People stare at them, and they love it. At one park they were asked to pose with a wedding party.

This? This is absolutely AMAZING. I've yet to do an All Dressed Up post and this makes me want to do it even more.