A Day of Comparisons

I'm always doing this.
I have an obsession with comparing people to other people, things or animals.
If you're a regular here,
you know this about me.
Here are my most recent discoveries:
Penny and Chucky
Not only are the evil smiles eerily similar, but their actions are somewhat reflective of each other as well.
Wow, I sounded smart saying that. 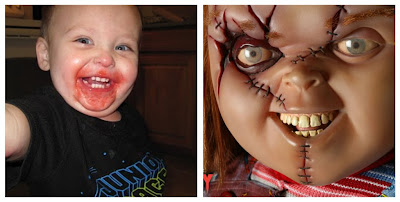 Moving on,
Jake jumped into my parents pool over vacation and the pose I captured with my camera could NOT be replicated, or so I thought.
It was so funny.
So hunduddlelun
Then we went to the zoo and I saw almost the EXACT same pose done by those dainty deer.
Freaky. 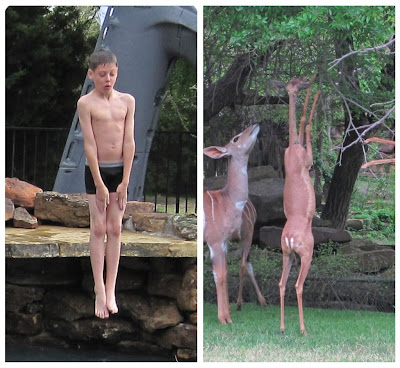 Lemme preface this by saying I think Michele is the hottest girl on Camp Lejeune.
Okay Michele?
Don't hate me.
And don't get a nose job because it makes you as beautiful as you are.
But I couldn't help myself when I saw the beautiful McCaws at the zoo.
Their ruffly feathers made me think of you.
It was the feathers.
I swear.
Not their beak. 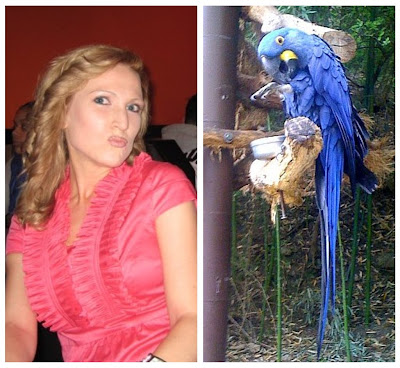 My Gussy guy was privileged to be incredibly handsome.
All my boys are.
He was also privileged to have many "looks" which I associate with being an interesting character.
I mean, look at his mom.
Lover and I thought he was a spitting image of Hitler.
And as much I wanted to top that Nacho Libre costume from last Halloween,
Lover said no.
Inappropriate.
Plus we cut his long hair. 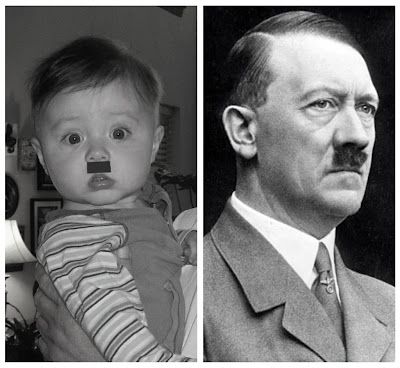 Amber seems to think he looks like Dwight from the Office.
I happen to love Dwight.
He's my favorite character.
Although his looks aren't quite the trait that wins me over.
So I'm not a HUGE fan of the comparison. 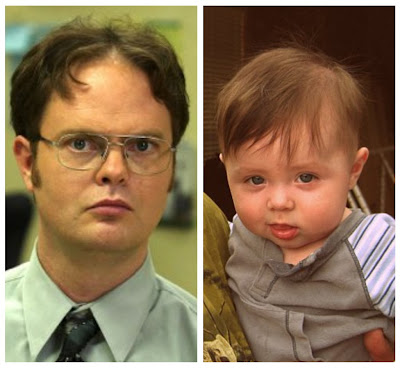 If you wanna know my MOST favorite comparison,
it's this one right here.
Two hotties.
And they're ALLLLL MIIIINE!!
MUahAhahHAhahHAhaHahah!
(evil laugh) 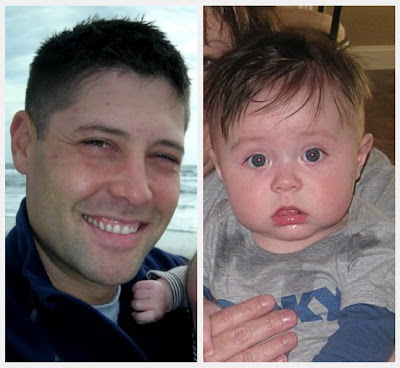 Posted by Jessica the Jacked LDS at 1:41 PM

Wow! You are too much for me. I am pretty sure that if I were Michele I would disown you. The way taht you convinced us that it was the feathers and not "their beak" was quite loving of you. lol. For real it's obvious you like her b/c you only included her and your family so it should be an honor ;-) (Although that is an honor that I am not longing for.)

We think Harrison looks like Hitler, too! Especially when his hair is combed over like that. Sadly, I was told baby Hitler was inappropriate for Halloween as well.

lovin' gus's look in the pic next to dwight. and, btw, tell gus gus to take D Rock's shirt off.

Tell me you didn't just compare your son to Chucky? Barf. Luke saw that picture of Chucky and thought he was chocolatey. Don't ask me how he got that from that picture. I hope he never knows the real reason...I know, I'm kinda prudish. Leave me alone.

Those are awesome! All your men are cuties! Even the one that looks like Hitler.

I SHOULD disown you...and your BREAD BELLY!!!

Thanks a lot. My Ashlyn has seen another boy in their undies because of you! She saw Jake and said "ew, he's in his undies." Just Grrrrreat, Jess, now she'll never marry him.

Lol, I love the comparisons :D

Ummm...yah that pic of Gus wasn't the best look he has to compare to the Office guy! That was more of like a Tom Cruise kinda look.

And, Michele is my friend, NOT yours!!!!! Gesh....I can't believe you didn't mention how her shirt kind've looks like feathers...

gus looks drunk in his Dwight picture. And something about that penny and chucky picture makes me laugh...

you are funny..it makes me wonder what my family members can be compared to..your kids are so cute, and how you found a deer pic to match Jake is amazing to me..
ALL your boys are so handsome..ahem..
and if you were comparing me to a parrot I know you'd be referring to the beak..give me some monies and I will go get plastic surgery for myself, thanks!

SO funny! I have a hitler pic of my little guy when he was that old too. Maybe they all go through a hitler phase?

Ugh, your Chucky comparison creeps me out, dude!

first off.. hilARIOUS that you cut.. YOU KNOW WHO out of the picture. secondly... amber's wrong about the Dwight comparison.. that's David Herfurth. and yes.. Jakob is unDOUBTLY the limbest kid you own.