Turn Left At The Light... 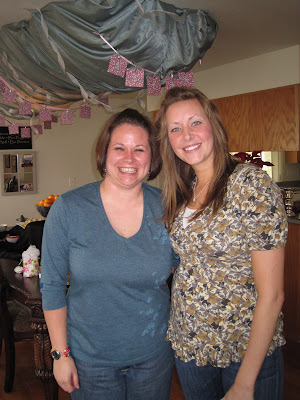 I had the lovely opportunity to be celebratory with some of my favorite people (Amber and Michele weren't there...what does that say about them?) today because my sexy friend Natalie was turning 28. She's so hot.

Okay let's talk for a moment about this picture.
What the crap is wrong with my eye makeup? Did I really look that way today or is the camera flash doing funky magic tricks with my eyeshadow? Seriously, why didn't anyone at the party tell me I looked like that? I swear I didn't have those glittery streaks in MY mirror at home.
What is with me and my eyeshadow? I'm always getting super fancy with it and never realizing how overdone it is until I see it in pictures. Remember THIS day?
Yea scroll down to that picture of me on that link.
Talk about hooker...
Some freakin friends YOU are.
I'll remember that next time you have poop on the bottom of your jeans or a cilantro leaf covering an entire tooth (I really have seen that before...HILarious. It was on THIS guy).

I was thinking today. I'm pretty good at making dinners for my family. I do it every night and was MUCH better before Gus entered the picture BUT, I've recently started up again.
THAT IS...
unless My Lover is MIA. If he's away or going to have a late night, you can guarantee I won't be making anything grand.
You could say that I definitely have my fair share of fast and easy meals to throw together for the kids.

Like Ramen.
Okay I know, that's WAY more than my fair share but whatever.
SO easy. All ingredients included. You can even eat it dry dusted with a little of the seasoning and it's STILL yummy. This is my Mormon food storage by the way. 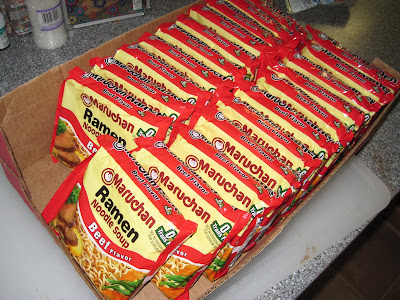 Or how bout Steak-Umms??
Have you ever had these before? Neither had I! Amber introduced me to them and they are GENIUS. A paper thin piece of 100% beef.
Throw a few sheets in a skillet and it's done in like 1/2 a second.
Seriously genius.
Don't ask me why my picture makes you feel like you haven't had your V8 today. Stupid blogger uploaded it that way even though I didn't TAKE the picture sideways.
Dummy. 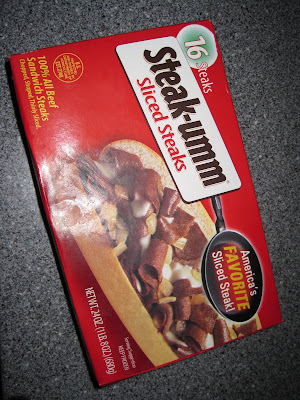 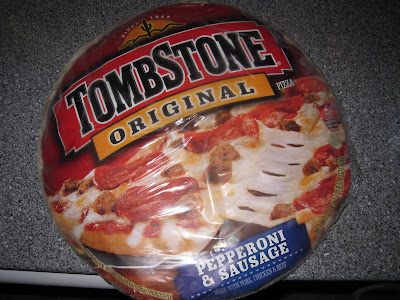 And then of course every one's favorite cheesy noodle.
Add a little milk, butter and some fake dustified cheese and VOILA! 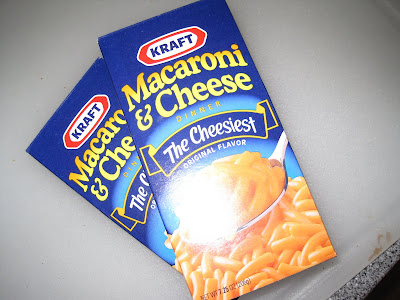 These are actually my personal favorite. Only the chicken ones though because the steak ones' meat looks like it has human body parts in it. *gAg*
17 minutes on a cookie sheet, add a dollop of sour cream, MmMmMm 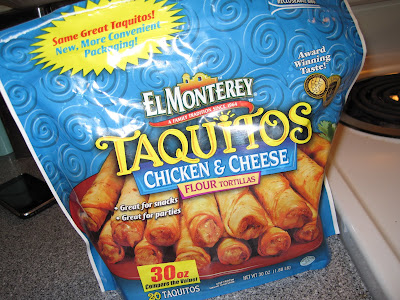 But then, there's these guys.
Kid Cuisines.
My kids BEG for them when they go grocery shopping with me.
There's something about pre-made frozen food served in a lunch tray that makes kids go crazy for it.
BUT
It has one issue that drives me INSANE.
(again the V8, I know I know) 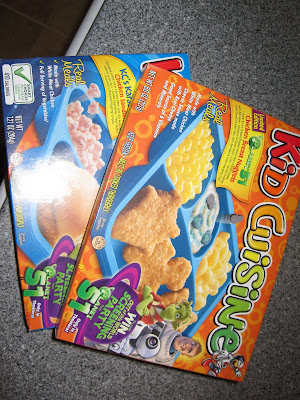 The instructions.
Blast.
OKay so I know I'm just a country Texas girl with no education but come on.
Are you freakin kidding me with these?
I swear making one of these is like ten times harder than making a full blown dinner. Now imagine that times FOUR.
Every time I make them, I read the instructions, prepare the food, and then throw away the box only to DIG OUT the box about ten more times because I'm confused or forgot what I'm supposed to do.
It's seriously insane. 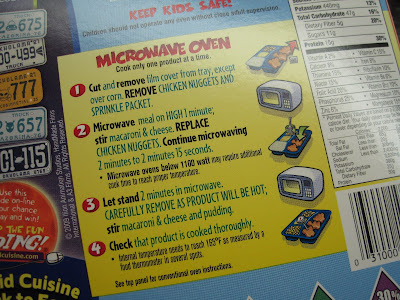 If you've never made a Kid's Cuisine,
lemme just give you a little taste of what it's like:

Open box
Cut and remove film from tray, except over macaroni and corn even though those two items are on two totally different sides of the tray.
Microwave on high for 1-1 1/2 minutes
Stir macaroni because it's still frozen and it will stir...uhm no.
Remove chicken patty, bun and sprinkle packet.
Microwave on high for 30 seconds
Cut bun in half carefully with a sharp knife.
Replace chicken patty next to potato puffs.
Lift film and stir macaroni AGAIN. It's still frozen.
Replace film over macaroni.
Microwave on high for 15 seconds.
Build chicken sandwich in tray.
Remove film over macaroni and corn.
Microwave for 10 seconds or until bun is soft even though corn and macaroni will still be rock hard when you get it out.
Hop on one foot 2 times alternating back and forth until your calf cramps.
Fluff your salty ocean hair that hasn't been washed for 10+ days until it sticks in place.
Swipe your Clinique eyeshadow wand across your eyelid left to right.
Make sure it isn't rubbed in all the way and it leaves streaks.
Insert Taebo DVD and do the Beginner workout.
Only wear tight pants and a sports bra so your jiggly, fat, post partum belly flops up and down almost slapping you in the face.
Finally,
Carefully remove tray as contents will be hot even though you only put it in for 10 extra seconds and the corn and macaroni are still freezing cold.
Check to make sure the product is cooked thoroughly, no it's not.
Open sprinkle packet and pour onto pudding.
Let sit for 2 minutes before serving.

I can't wait to come over for dinner at your house once Matt leaves. Who knows what you'll make me?

LMAO! I hate the directions for a kid cusine! It's a frozen meal ppl! Not rocket science! One time Fred wanted to microwave her own (back when I still had a working microwave) and after reading the directions she turned the job back over to me.

I so agree on the kid cuisine! I only have to make one...times 4...forget that! And you look hot! Ggeezzz What r u talking about?

i am SO glad you included your trusty kid cuisines. EVERY TIME i see ramen or kid cuisine i think of you.

You make me laugh- it's good for my jiggly post partum dunlop :) Tae-bo what? (You should read what I said about billy blanks. You know, if you want to. http://ahluvyew.blogspot.com/2006/11/billy-blanks.html)

I didn't see the picture of the cilantro on that guy.. just teeth.. and a cake.. lol.

And yes for those directions.. it is RIDICULOUS!!

Never done the kid cuisine thing and now I'm glad. Geez, could they make it any more involved? Have you checked out the frozen food at Trader Joe's? Really, you need to. Nuff said.

Nice food storage. I'm gonna start ordering double, cuz guess whose knocking on my door with their 700 kids when the crap hits the fan?

first off.. almost ALL of those meals look disgusting... i think that's why kids are okay eating them... they always like that kinda stuff weirdos. I wish you were here so we could go shopping at Trader Joe's... whoever said that is right... they have GREAT frozen meals... because they are all organic and tree huggin' hippies there :) HAH