Alrighty Jess'. I have a request. I have TWO "Jess" commenters. One is my Kempylulu and the other is Amy's Wedding Jess. Unfortunately, you both have the same name so I have no way of knowing which is which when you comment. I would love to be able to know which mouth is saying what so do me a favor and either put a picture up of yourself OR sign each comment with a "Kempy" or "AWJ". Now, one of you asked to see my new shoes so here ya go! These are my lovelies that are keeping my toes cozy since I usually wear flip flops all year round... 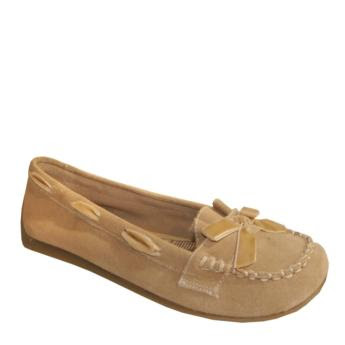 Okay so Aymee asked me if my milk experience had left my car all milky and wet. Thankfully NO. The milk flew OUTTA the car into the street, missing my car completely thank GOODNESS. BUT, her comment made me remember another time when I wasn't so lucky. I could have sworn I've blogged about this in the past but when I searched for it it never came up so hopefully I'm not repeating this one. This happened October 24, 2004!! Wow, that was so long ago. Austin had just been commissioned 2 months earlier and Kora wasn't even 2 yet and now look how far we've come. Anyway, I know how much you love my white trash moments and I haven't given you one in quite some time so... ENJOY!

So I woke up one morning 4 years ago only to find out that we had only enough milk left in the fridge for one bottle. Kora was two, I know I know, she shouldn't have been using a bottle anymore but she WAS so gimme a freakin break. I knew Jake was gonna want some milk for his chocky to watch cartoons so I had to get everyone up to make a run to the store and get it before the day started. I of course, did NOT shower, had no makeup on, my hair was a mess, I was wearing nasty unmatching pajama bottoms and an over sized trashy t shirt I'm sure. So imagine me looking really yucky and greasy ok? Jake and Kora were like wearing pj tops with shorts that didn't match and both of their hairdos were going bazerk. Of course our teeth weren't brushed but I was only planning on running in the gas station to grab the milk and then going straight home, no biggie, right?
So we grabbed the milk and we were on our way home when this lady in front of me slams on her brakes (for some ODD reason i have yet to figure out) so of course to prevent hitting her, we do the same thing..and I mean SLAM. WELL, my three gallons of milk in the back seat behind me go FLYING and one of them hits my seat SO hard that it busts, and I mean BUSTS. The ENTIRE gallon of milk ALL IN MY FLOORBOARD. AHHHH!!! It was a disaster. Jake and Kora thought this was just sooo exciting, but i was like, crap what do i do now? I can't take it home, I don't have the stuff to get this up and I don't WANT to get this up by myself. I knew if I took it home to try and change and get cleaned up it would soon be nap time and I'd be stuck at home again so I had to do something right away. So I decide to take it to a full service car wash. Well, remember my kids look like orphans and I look like I just got hit by a truck so that's embarrassing. SECONDLY, we have milk all over our entire car. The people at the car place were like, what tha?????

Well they tell me they will have to wet vac it all, then steam clean all the mats and floors, then put enzymes in the floor to prevent it from molding and that this could take up to about 3 hours. WHAT?!?!?!?! I was like, look at us?! I have two kids, one of which will be very sleepy in three hours plus we are hideously dirty and blah... Well I had no choice but to tell them to go on ahead with it. Now remember I still had two more gallons of milk that I didn't want to spoil for those three hours so I ask the guy if he has a cooler or something I can keep them in. He tells me that up the road about a 1/4 mile he owns a lube shop with a fridge and tells me to take them there. Nice, 1/4 of a mile? Like he didn't even offer to help me or drive me over there KNOWING that I had no car.

Ok...I don't have a car so I'm carrying Kora in one arm, two milks in the other hand (very heavy) and holding Jake's arm with like two fingers. We had to walk 1/4 mile up the HIGHWAY, with cars looking at us like we are homeless I'm sure. Meanwhile I'm dying because Kora is like 500 pounds (she was a fattie like Isaak) and the milks feel just about the same so my fingers are falling OFF.

Well we get to the lube shop and it's a WHOLE nother round of embarrassment. All the worker guys of course turn to see why I'm carrying two kids and two milks to a lube shop with no car. I had to tell them the whole story and thankfully they happily put the milks in the cooler.

So then I was like, now what? So we walk about another 1/4 of a mile to the Whataburger to kill some time eating food. At this point I could care LESS what people are thinking of us, I just wanna sit down I'm so tired. So we eat there for about 1 1/2 hours while we stare at all the other white trash ppl who eat breakfast at Whataburger and then walk back and get the car. It was done sooner than they thought but it was still a good 2-2.5 hours. Unfortunately it DID set me back a pretty penny. I guess it could have been worse. I could have HIT the lady who slammed on her breaks AND had the milk all over everything in the car, right? I should be thankful.
So that's it my friends....hope u enjoyed Jessica's "white trash theatre" for this week.
Posted by Jessica the Jacked LDS at 9:38 PM

That is such a funny story. I love how things we think are so horrible end up being funny later. Especially to people who were not involved, like me!

I'm going to call you high-maintenance Jess! It was AWJ that asked for a pic! :) Cute "mocassins"! :)

And can I just say your milk story made me tired! That's alot of work for milk!

I can picture you in your white trash glory. but be glad you got the milk out before it got nasty. jeremy forgot one in our trunk once in the summer after he picked up some groceries--a week later it EXPLODED in there b/e we only had one kid and never used the trunk so we didn't see it before that. The rotten stink never left no matter how many times we cleaned, steam cleaned, etc. We had to sell the dang car to get rid of it. So as horrible as it was for y'all homeless lookin folks wandering for coolers, be GLAD you did. Did you at least have a bra on?

I knew I wasn't making that up.

Out of all that craziness, nothing surprises me but the fact that there have only been 395 white trash moments before this.

Ya know these fabulous moments that you share with us teach me more and more that I shouldn't judge ppl by how they appear. Aren't you glad this happened 4 yrs ago with only 2 kids and not now with 4???

Good thing that I was laughing reading all of this, otherwise I would've been mad because this is ALOT to read. Well, I really look forward to hearing about more of your white trash moments once we move to "trashville". You'll just fit right in with all of the locals down there.

And have you done anything today but blog? You were on a roll today!

see... you and amy make fun of me for never leaving the house looking like a mess because i have to get "all prettied up" but there is a REASON i do... so i avoid white trash moments like these!!! and yes.. i kind of remember this happening to you.

you were brave to go get it cleaned. i would've had to go home to shower first, but my hair would've been wet w/ greasiness at that point.

I honestly can't believe you did that with 2 little kids!!!!! I would have driven home...told Steve to get his booty home.....and go get it cleaned ASAP! This post made me laugh and cry!

yes, i remember this story Baby. You must have blogged it or told it to me. I would have picked you and the babies up had I seen you walking along the road. Where was i? Hmmm.....Oh well.
Love you
Mutha

Hey Jess - (Is that even more confusing?)

I love your "white trash" moments. I try to get away with greasy hair way too often. I never think anyone notices. Yea right, huh?

By the way, I like your new shoes. But maybe you should try some sexy heels to go with your stripper hair and your ghetto booty etc.

That was from Kempy. Sorry I forgot to sign.