The power of the BROW 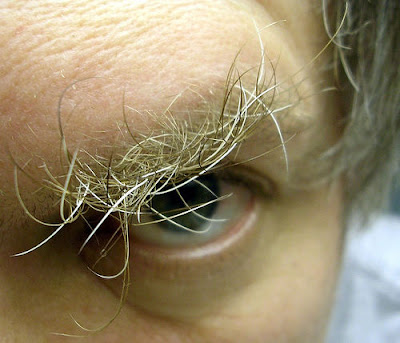 I was sittin in my bathroom sink the other day. I do this when I'm doing major surgery on my face or tweezing or something like that. Then I started thinking about my eyebrows. I hate them. A lot of people ask me about them and how I tweeze them like that or wax them but the story is, I don't. When I was really young and just started wearing makeup I started tweezing them. My mom was a tweezer and her eyebrows are really thin if any at all. I would always watch her tweeze so I did it wanting to be like her. The bad thing is, I did it SO much when I was younger that my eyebrows don't even grow much anymore. I SO wish they were fuller and had a little more shape and body but I'm stuck with these thin "mexibrows" as I like to think of them. You know the scary gangster girls from high school who had NO brows and just drew them on with their eyeliner? Yeah..that's what I feel like. They always wanted to beat me up, I was so scared of them. I always wondered how they drew them SO perfectly and symmetrical. I could never do that. I just keep plucking the ones that grow randomly by themselves so they look clean and that's how they'll be forever.

BUT, I started thinking about how WEIRD eyebrows are. A line of hair just stuck on the middle of your face?! How did it get there? It's so awkward looking if you really think about it. Just a landing strip of hair above each eye. Are they really that important? Besides catching dust and crap why do we have them?? It made me wonder what they add to a face that requires us to have them and what would we look like if we didn't have them.

One of the most famous faces in the world doesn't have eyebrows and she's not that bad lookin. A little boring but nothing crazy. I wanted to know how much POWER the eyebrow holds so I did a little experimenting. 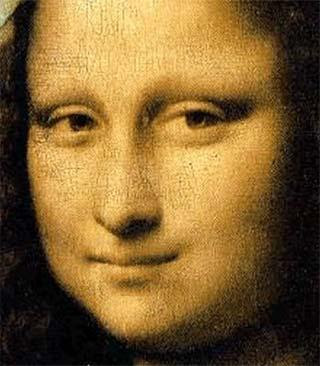 A few clicks in Photoshop and voila! I became eyebrow-LESS! Not so bad huh? My forehead looks about 5 miles longer than it ALREADY is. Then I got MORE curious and started playing around with some family pictures... 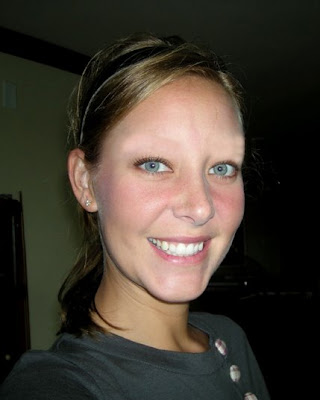 Amy, my big sister didn't look too bad. She looks younger and really cutie like a little kid. Her face seems to look a little doughy like if you stuck your finger in her forehead it would sink in. 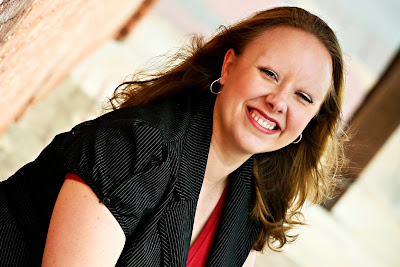 Lindsay ended up looking pretty blank. Almost like she didn't have eyes either. When you look at her your eyes just scan right up to her hair and you totally bypass her face. Enos looks extremely uncomfortable. I feel like he KNOWS his eyebrows are gone and he wants to hide behind something because he's embarrassed. 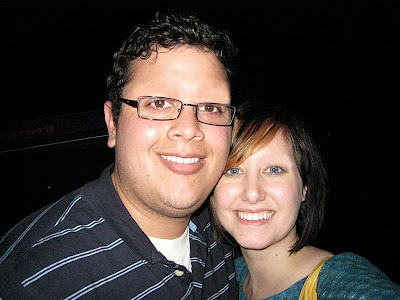 Pops was all cheeks and just beady little dots for his eyes. The family pics were fun but I wanted to venture out to some of my blog stalkers because you ARE what keeps me going. I thought I should do something for YOU!

The pretty Princess Sandra turned into a very scary villain. I don't think I'd want the eyebrow free Princess at my party. 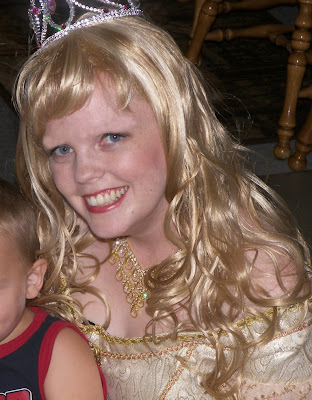 Janae looked like she was made out of clay and Andrew's eyes disappeared. He looks like if he turned his lips out he could easily be the bitter beer man. 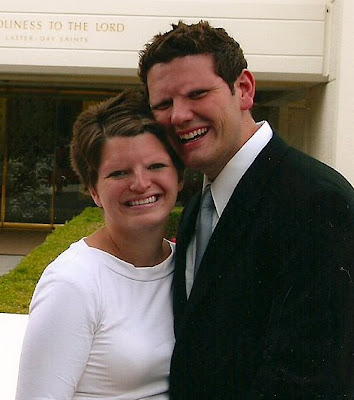 Emily and Michael's wasn't fun. They're too blonde anyway to make a difference. When you look at them you KNOW something is missing but you can barely tell it's the BROWS that are gone. 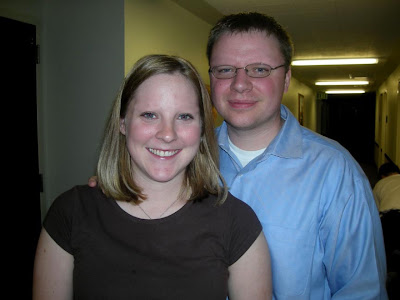 Same thing with Tara. She must not have very powerful brows because her picture didn't change much. I was starting to get bored but then... 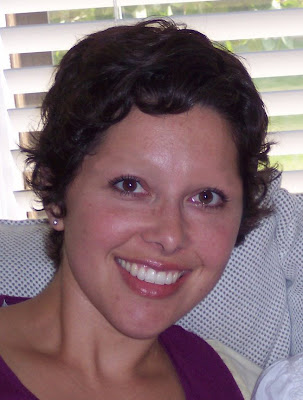 I found the eyebrow free familia! I realized from THIS picture that the absence of brows seems to make you look younger because when you ARE young, you don't have them! I didn't have to do any work to Gabe's picture (the manly baby). 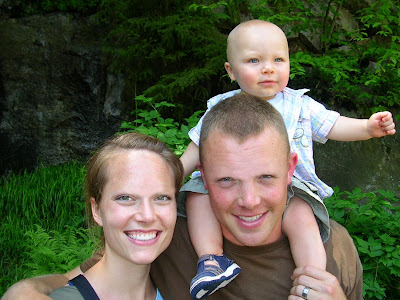 Okay Laura...I love you but you must have some seriously powerful brows because you weren't even YOU after I took them away. WHO IS this?! 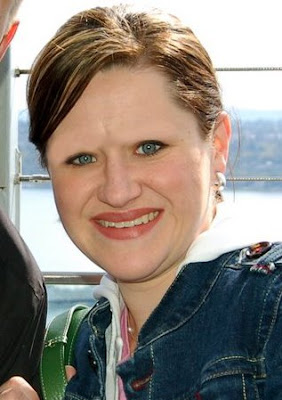 And then my last two favorites...

2. Austin and Alvis. Marines don't look very tough without eyebrows, do they? If I were fighting these dudes in war I don't think I would be able to stop laughing at them long enough to get a good aim. There is something NOT RIGHT about Austin's face, what is it?!?! He's got SUPER powerful brows. 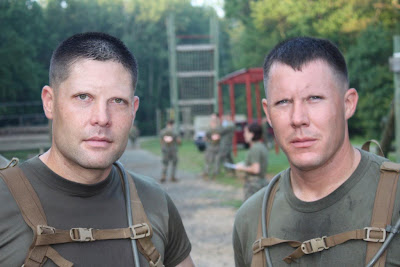 And then the number one MOST powerful brow owner I know is...

DAD. Dude, I know you nixed the 'stache a few years back but don't EVER nix the brows. 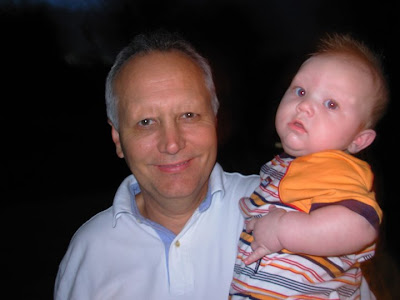 If you didn't see yourself it's because you are LUCKY enough that I don't have a good enough picture of you or you don't have a blog for me to steal it from.

I'll get you next time!

Posted by Jessica the Jacked LDS at 7:09 PM

Hey, those crazy mean Mexican girls are called Cholas...
Anyway, I love the pics. It made me laugh, especially P and her fam. Dude, even the best looking people look really creepy... I hope that I never lose mine!

Okay, you have to steal the one off Valinda's facebook because I would love to see what she looks like with no brows!

YOU ARE DOG MEAT! If you thought the rat was bad...Seriously though, jeremy got a big kick out of it and compared me to someone I don't know from Star Trek because I'm not a freak and never watched the show. I've been thinking alot about brows lately too. Weird. I ALWAYS notice people's brows and the shapes of them. I have an idea for your next company (it would solve like three of your concerns): Lee press-on Eyebrows.

I'm laughing HYSTERICALLY. Only you would start photoshopping the ones you love. This was awesome. Thanks for giving me the belly laugh of my day!

So I'm not sure how I feel right now about you stealing my photo and photoshopping it to death. But I guess that's the power behind the free internet, right? And eyebrows are precious to me and my family so don't take them away! We pride ourselves on our bushy brows!

OK.....That was CREAPY!!! But cool. Can you send some of your computer-creativity, (and some free-time) over my way? I want the ability to give everyone I know a good laugh at themselves, this was great! Honestly, one of my favorite posts because it is so funny! Love it!

Jessica it's ok for you to pull your own eyebrows out but leave mine alone. They are my main feature. To scary without them. Yipes

well my feelings WERE hurt that I was not included BUT after seeing David and Laura Fielding I bet I would look worse so I am thankful not to be a part of it. Well, I guess I am apart of it since i am the reason you have no brows and so I am apart of it. Love Mother

Seriously, the best laugh of the day for sure! Maybe it's because I am finally reading "Breaking Dawn" and have vamps on my mind, but don't you think everyone looked a little vampirish without their eyebrows? Especially DG, he is one tan vampire!

The funny thing is - my eyebrows are so blonde, that's how I look without makeup! LOL!

Wow, I mean, WOW. The creativity, the time, the awesomeness. Okay, well, Andrew is scared of you now, but he's married to me, so that doesn't make much sense. I think we error on the side of BROW. High brow. What do you expect, we have the crazy hair to go with it and it's not going to stop with our brows.

Keep up the good work.

YOU HAVE TOO MUCH TIME ON YOUR HANDS! LOL! I don't even have time to breath!

ok, i think that was scary. thankgoodness for eyebrows so we don't look so alienish.

those are pretty creepy... i'm glad at least that i don't look scary.. just invisible... who knew how important eye brows were... I think it's funny how tara still looks completely gorgeous without eye brows... those amazing heinzen women and their genes... too bad about enos... he reminds me of uncle fester....awkward and therefore, creepy. And Janae actually doesn't look bad either... just invisible like me.

ps.... amy's face makes me want a delicious round cookie.

this was great....i thought i was the only weirdo who sits in the sink...my hubby always makes fun of me for sitting in the sink when i tweeze..

I'm still laughing and probably will be for days, now I'm going to be eyebrow obsessed!!

Okay-I'm really glad I don't have a blog today since I could have made the hit list. You already posted a yucky shot of me!

Funny, but I love your eyebrows. (Do I have good style or not? Who knows?) But--especially in your video when Izey was born--your brows looked so good! I was ready for a mini-workshop on proper tweezing. So, just know that even if you hate your brows...others are looking on them with envy!

Jessica, I new some one who had them lasered off and then tattoed one, always an option

Wow, the missing eyebrow picture of your dad is terrible. It doesn't even look like him. Some of those pictures are pretty creepy. You should have done it with your little ones. I bet Miah would look so funny! And why am I already in time out again??? It's only been 13 days since my last post. I guess I'll never be able to please you. I still think I should get a little leeway since I don't even own a computer.

okay, just made something called mother lode pretzels for roman's teacher tomorrow. the kids loved to help and can't wait to take them to teachers. and i've eaten about 5 already...yummy is what they are. let me know if you want the recipe to brown nose kora and jake's teachers.....

Jessica
One more thing since I read kempylulu's comment, She likes your brows so I did not totally destroy your life withthe tweezing thing.
Mutha

Jessica, you are a mess!!! You crack me up. Eyebrows were created by God to keep the sweat from rolling into our eyes. Isn't he a genius? So pluck away but the next time you're all sweaty, don't complain when you're eyes are burning. LOL!!!

This was SO FUNNY and you are SO WEIRD! LOVES IT!

I used to sit in my bathroom sink too! Except it was to get close to see every possible blemish on my face NO ONE could see, but my eyes squished to the mirror and pick, pick away!

You have a really cute blog! The eyebrow pictures are so funny. I'm hoping my kids end up with decent eyebrows since I hardly have any and Bruce's side has PLENTY! Here's to hoping!