Pictures from the past (few days)

Update on the surgery: Today has been ROUGH, especially this morning. I've always heard that the day after is the worst and it sure is. Even though the doctor told me he should be feeling GOOD after 24 hours, I think everything has gotten out of his system and he can now FEEL everything. He wouldn't pee this morning and held it until 11am because he was so scared to go. He sat in the bed and started sweating like a mad man because he was holding it for so long. His hair was drenched, poor baby. Finally I told him that he needed to go to make his belly feel better and he immediately started crying and asking me to hold his hand. When he went, I of course had to rinse everything off down there with soapy water. I just soaked a towel and let it fall on it because I hated having to hurt him. The drying was the worst cuz I HAD to touch it but he was SO brave and didn't scream but just cried softly and held his puppy and gangy over his eyes. I put the meds on which will be the last time for that thank GOSH because that sucked. The doctor said to only use the bacitracin for the first 24 hours so I'm done with that. After the cleaning, he wanted to wear a pullup instead of underwear I think because it's not as tight and won't touch his stuff. Here he is after everything, doesn't he look pathetic? I felt so bad afterwards. The following pees haven't been SO bad. He'll tell me when he needs to go and says he wants me to hold his hands but he goes and just hates the dabbing dry part. I cannot WAIT until it doesn't sting anymore and that new skin isn't so tender.
I want him to feel normal SOON. 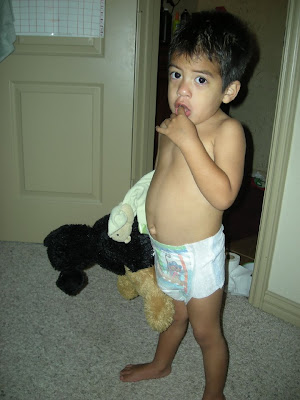 This is just a random picture of Jake loving Roscoe. 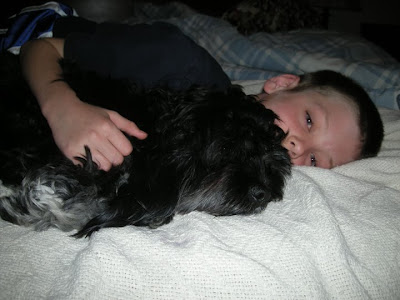 Here are the cuddly brothers BEFORE the dreaded day. 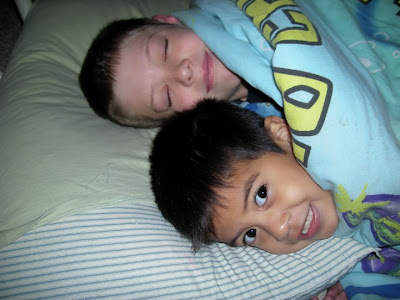 This was Miah at the hospital before the surgery. He didn't like wearing that gown, didn't wanna wear the hat, didn't like those stickers on his chest and did NOT like the temperature thing on his toe. He wanted to take it all off, but we settled on just taking the hat off and letting puppy wear it. 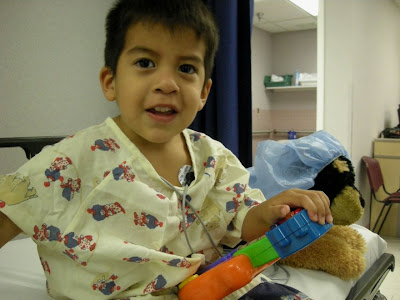 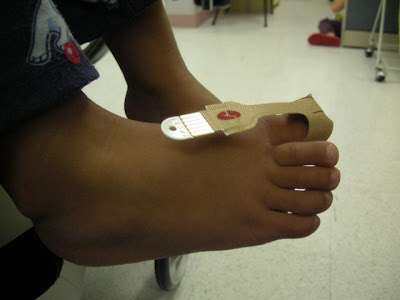 Finally he tried it on, but not for long! 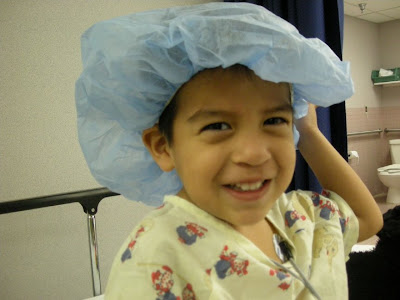 Once we got home, the two heathens who were promised chocolate bars got their treat. Miah got his for being so brave and Kora got hers for waiting through the surgery patiently and helping Miah afterwards. Aren't they sneaky little rats? 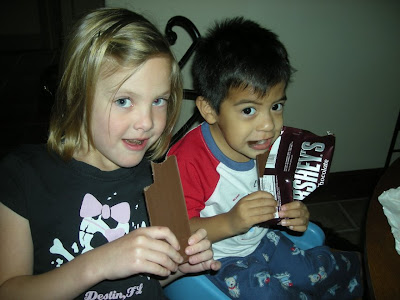 In other news, I got my new diaper bag in the mail today and its WONDERFUL!! I love it so much I wanna sleep with it. I almost went out and bought newborn diapers just to put in it and see how they fit!! I'm retarded, I know. I can't wait for Isaak to get her for the mere fact that I will be able to carry that bag around. I needed some cheering up and that bag definitely helps!

I also stopped by the Community Center to pick up their yearly activities guide. I'm gonna try to do as much as we can this summer to keep the time flying by. I want my calendar to be full and happy, not empty and sad. I'm excited about making all those plans.

Posted by Jessica the Jacked LDS at 1:06 PM

Good for you! I am glad you LOVE the bag:) And I hope it only gets easier with Miah!!!!! I think they both deserve a Chocolate bar and MORE!

You AND the kids are such troupers! I agree with Amanda, they deserve a mongo chocolate bar and more! Poor Miah, but it does get better, and before you know it, it will be over and he will forget this ever happened. (the forgetting part might take a while, but he will forget eventually unless you remind him) :) Hang in there!

The picture of Miah in the hat made me smile! He is so precious. I am sorry for what he's going through. I hope he loved his chocolate bar!! He sooooo deserved it!

The diaper bag can change EVERYTHING. It can make it all worth it. WHY????

Who cares. It works. I'm glad your bag is everything and more. Buying a real great diaper bag has made having Henry almost worth it all.

Poor, poor Miah! I hope this all ends soon.