Thank you to everyone for all the awesome comments! You really surprised me, I had NO idea this many people would visit my blog. I'm glad I did that test, maybe I should think of more exciting things to write about on a regular basis to keep the 20+ comments flowin'!
Today I went to lunch at Jake's school to beat up Joey and Robert. No, just kidding, but I DID need to scope out the punks. They weren't too bad for kids and I realized I probably just over reacted. My lioness impulses are much stronger than most mothers I think so I'm going to try to contain them!
At Jake's school he whispered in my ear that he's in love with a girl and she's in love with him too!! I looked at him like he was crazy and asked him to show me this girl. He pointed at this cute little 2nd grader at the table next to us who had golden bronze skin and sandy blonde hair. Her hair was pulled back into a ponytail with a ribbon tied around it. She had chic glasses and dressed immaculately in a Princess t-shirt embellished with jewels. She was adorable! She had 2 friends sitting with her who were both laughing hysterically and hiding under the table with her because Jake was pointing them out.
Quietly, I asked Jake, "how do you know you're in love?" and before I could finish the sentence Jake turned to me with his eyes wide open and his hands sticking out and yelled, "MOM!!!!!!!!!" Jake's two friends sitting with us, Tanner and Cole, were just rolling their eyes and saying how weird girls were and asked me why they were acting the way they were. One of the girls stood up and looking at me, she asked, "does Jakob like ALL of us?!?!" Then Tanner turned around and yelled back, " NO, he only likes Tori!!" The other two girls' faces went from huge smiles to straight and they both sat back down quickly. Tori of course was still smiling from ear to ear and then her friends yelled back, "Is he going to chase us at recess??" Jakob looked up from his cowboy hat like, "wha?" and then told me to tell them no as he pulled his hat down lower over his red face. Cole, Jake's friend, yelled back, "NO!" I told Tanner and Cole that they were going to have to protect Jakob at recess because I had a feeling those three girls were going to attack. Tanner and Cole sat up real straight and puffed out their chests and then Cole said, "Don't worry Jake, I got your back!" as he dapped me.
It was so cute. Funny how love is, huh? 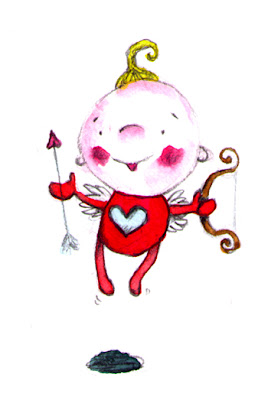 Posted by Jessica the Jacked LDS at 7:21 PM

Whoa--quite the ladies man, eh? Sounds like Jack. He has many girlfriends and is invited to all of their parties! So funny.

OHHH SO SWEEEET!!! It sounds so cute and innocent! I'm afraid it doesn't seem as sweet and innocent as they get older. We are dealing with some pretty strong emotions with Jade, and some punk acting kids at school. What is the attraction with the "playboy" type "pimp-daddy" boys? I can't remember? Jake is such a sweetheart, I wish you could duplicate him, add a few years, and send him up here for Jade. :) I think you are going to have your hands full as Jake gets older though, not from his end, but from ALL the girls who are going to be throwing themselves at him, he won't know what to do! He has the whole package, cute, smart, and sweet. :)

Jakob is such a tender boy!!!! i love that he likes girls so early in his career...That is just so tender... i don't know what else to say but i'm sitting at my desk with an "oooohhhh how CUTE!!!" face on..tell Jake his Ni loves him and misses him. :)

oh.. i forgot to mention...the picture is funny... i love the mis-shapen arms and legs...

that is such a cute story.