On Friday as I was outside leaving to go to my parties I saw this sweet little brown box looking up at me just waiting for me to pick it up. Inside the brown box were my two cameras all fixed and as good as new! Thank goodness because I was going crazy AND yesterday we celebrated me and Austin's birthdays and I needed the camera for the festivities. The first picture is just the first picture I took with my repaired camera...OH and it has a cute boy in it named Austin who is obsessed with looking up sports stats on the computer. 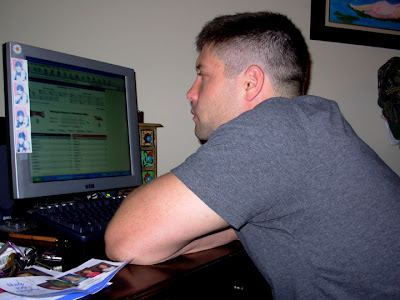 Here is the mother and father who birthed one of the birthday celebrants. The mother was the one who made the lasagna, corn on the cob, brussel sprouts (gag), olive cheese bread (a la pioneer woman), and the scrumptious chocolate chip pound cake. 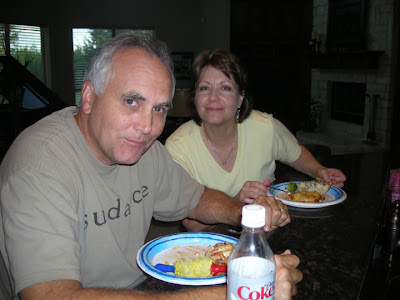 Here are the 4 cousins eating at their own table so their grubby paws don't get into our plates. 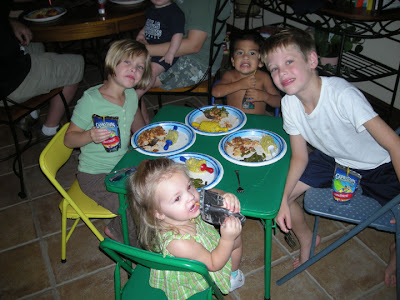 This is Mimi the tired Mommy. She wasn't feeling well yesterday and had a headache and sick stomach junk. I asked her if she was pregnant and she said, "I shouldn't be, but if I am I'll just shoot myself in the head." 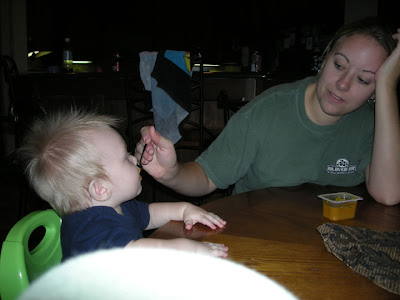 Here are some goofy kids being silly. 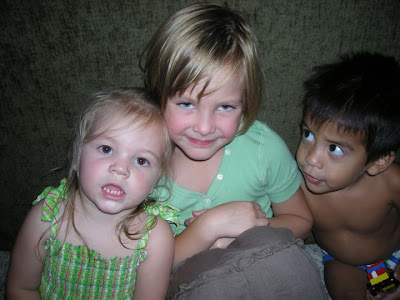 Here's a picture I promised you of Miah in his underwear. Remember the poop that didn't want to come out? Well, while we were all getting ready for church yesterday, Miah who is dressed and ready to go, decides he's going to poop in his pull up and then escape outside. When it was time to go we couldn't find him and when we looked outside he was hiding in the trees because he KNEW he had done something bad. Terd... 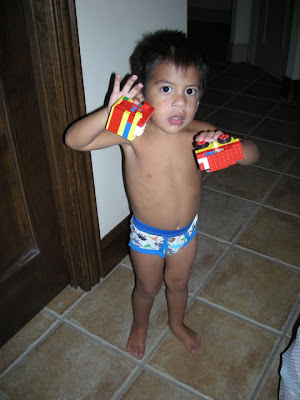 Posted by Jessica the Jacked LDS at 8:20 AM

just another reason to miss my family.... *sigh*

Happy, Happy Birthday guys:) Looks like you had fun!!!! I had to crack up at the comment Amy made:) Hope your not preggers girl.....for your sake! I love seeing your mom and Dad! Brings back memories of the Geroges.........

YAAAAY for cameras!!! I love your pictures and I have missed them!