after thumbing through my recent photos,
(not really thumbing, i just like that word and the way it sounds.
all my pictures are online which would make it quite difficult to "thumb" them.
ok now that sounds inappropriate all in itself.)
i've come to the realization that
i take a lot of inappropriate pictures.
not that that's a bad thing.
even though it is,
in a good way of course.
i've decided that occasionally,
i'll start to have an "it's inappropriate" post
to show them to you.
what good are inappropriate pictures
if you can't share them,
right?
let us begin.
it's inappropriate to be given a license plate
you had no control over.
but you know you kinda like it. 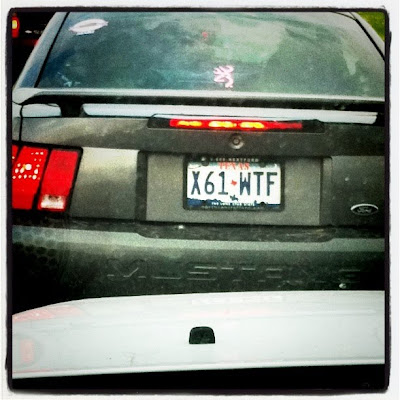 it's inappropriate to call for help
when your hand is stuck in the garbage can at the spray park.
or at least guppy thinks it is. 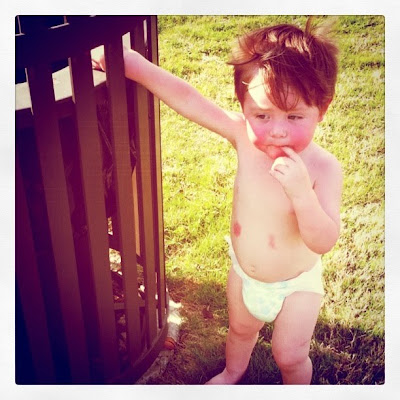 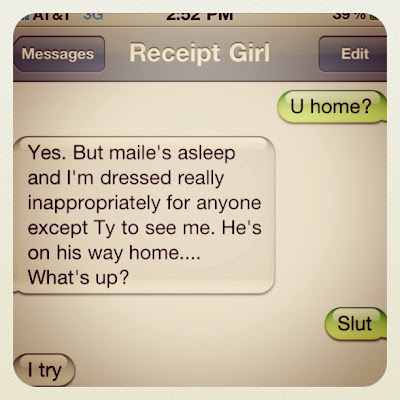 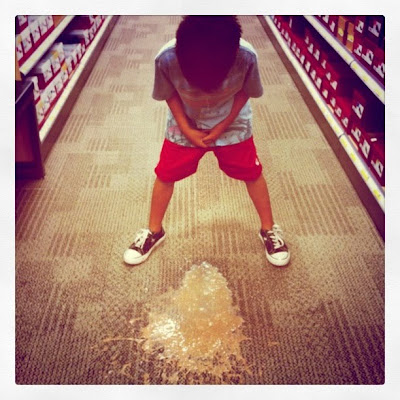 it's inappropriate to wear your shirt as a skirt
(nude underneath of course)
while de-hairing a dog with a lint roller. 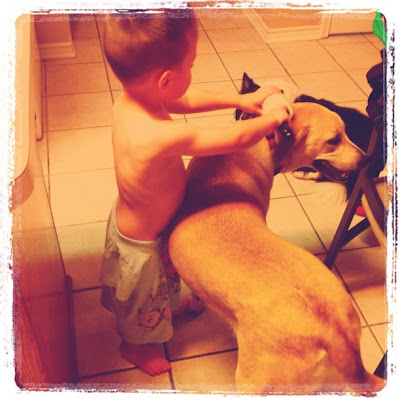 it's inappropriate to name the men's bathroom...
head. 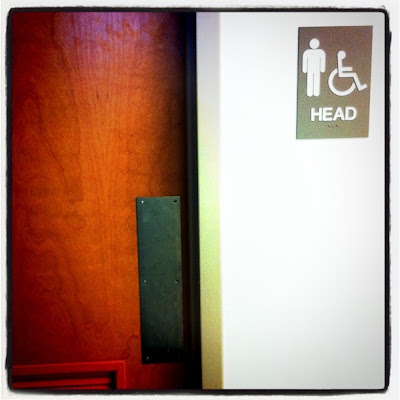 it's inappropriate for my stomach to look like this
as i sit at the computer eating ice cream,
of course. 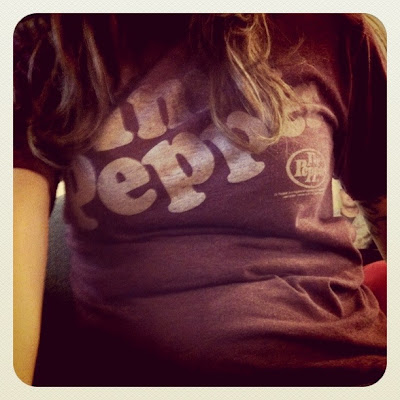 and lastly.
always the best.
it's inappropriate for a truck on the highway
to carry two large white jugs
labeled "discharge". 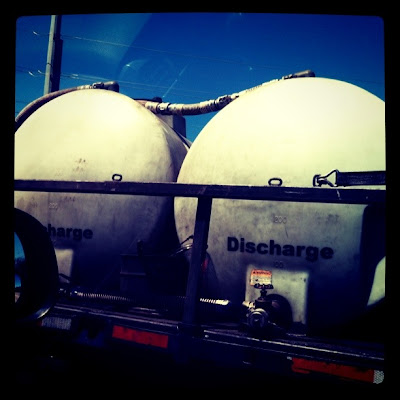 i heart inappropriateness.
have you entered my giveaway HERE?!
well you can still get more entries
by voting for no model lady EVERY DAY
over here!!
Posted by Jessica the Jacked LDS at 4:53 PM

LOL!! i heart this whole post, it's the reason we're soul sistas...our inappropriateness bonds us for life! ;)

As soon as I saw the word "inappropriate", I clicked right on over.

my favorite thing in life is to take pictures of inappropriate things! its so fun. ::get your head out of the gutter:: not that kind of stuff. :)

Wow, I am speechless. The puking in the aisle is priceless!

a friend clued in me on your site. love it. you are too funny and slay me.

i will now stalk this blog. hope that's okay.

For some reason the puking made me laugh the most! And I don't think it was the photo, but the fact that you took it.

LOVE this inappropriate post!!! Where in the world is the men's room labeled "head"? For once, the men's room line may be longer than the women's! How inappropriate of Miah to interrupt shoe shopping w/ puke of all things! Poor kiddo! I have to admit that I would have had to take a pic too! Love your blog SOOOOO glad you're back!

Ohmy goodness! This was hilarious girl! Love this post. That text looks like something my sister and I would say :)

Hilarious! I missed your posts SO bad!

oh my gosh.. my favorite is the HEAD... like really? what does that even REALLY mean besides being inappropriate? and why is it enGRAVED AND in BRAIL! so SO inappropriate. i love this post too. it made me giggle.

as usual, tears rolling down my cheeks. You blogging makes me happy.

Well I would LOVE to enter your fabulous giveaway but I cannot because you are a racist.

OK - faves are the puke and the dog. Seriously. Awesome. And 100% appropriate that should be trying on shoes and taking pics instead of looking after your sick kid. Love it.

Your not inappropriate in the least

I'm thinking this should become a linky party! Too funny! Thanks for sharing!

Oh how I needed this post! Too freakin funny...Im still laughing :)

LMFAO! I have soo many of those photos <3

This made me laugh. lol Please pay no mind to how stupid ^that sounded lol but seriously. I laughed.

haha, this is too awesome! i agree with the linky party idea.

bahaha i love the texts about being inappropriately dressed for anyone other than lover. that one got me the most.

LOL! I love all the inappropriateness in this post. :-)

Laughing so hard!!! I am going to have to follow suit one of these days and post some inappropriate pics of my own. Fun! I am new to your blog, and loving it so far.

Those were hilarious! It made me cry, I laughed so hard!
thanks for sharing.
I found you thru the Penguin Stands alone and your roadkill contest.

oooh girl. i think we may be bosom buddies. or bosom strangers since we don't actually know each other. at all. anyway, i'm all about the inapropriateness. it's actually embarassing sometimes because i burst out laughing thinking everyone else is on the same dirty joke page as i am and no one actually is. oh well.
last week my inapropriate iphone pic was a water bottle of pee that someone ditched out of their car at our interstate exit. it was pretty awesome.