Let me introduce to you... The HunDuddle Hussy

On a cold October night, in DALLAS, TX the Hussy was born.
Okay I don't know if it was cold but it sounded more dramatic to say that.
Right off the bat, the Hussy needed attention.
She's a middle child.
Middle children are known for needing attention.
She had seizures as a baby that no doctor could figure out or diagnose why.
She had to stay in the NICU for extra days just to make sure the sweet Hussy inside of her didn't perish.
Alas, it did not. 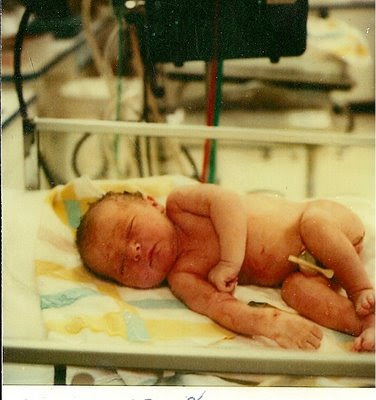 As a young child, the Hussy LOVED performing. She adored the spotlight and always wanted to be creating the visions that she saw in her head. Thankfully God gave her a tiny prodigy named Lindsay, an artist in San Francisco, to use as her partner in crime.
They spent their days laughing, dancing, making up stories and commercials and always documenting their accomplishments with their father's media equipment. 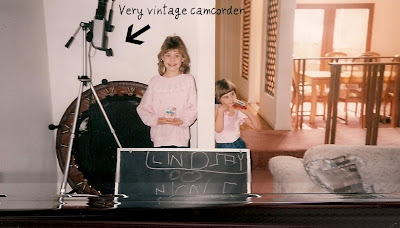 When cousins came to play, the Hussy was in HEAVEN.
More bodies to play crucial roles in all her performances.
She would have them dress up and memorize lines, no cousin was too young or too old to participate. 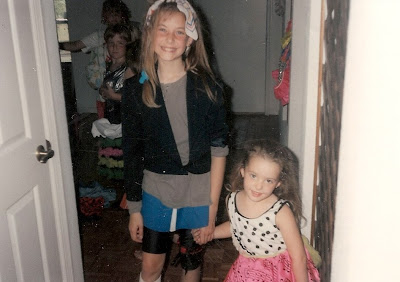 Throughout the years, the Hussy never failed to amuse those around her.
Again, attention whore.
Doing anything and everything possible to make people laugh, smile or even mock her.
It didn't matter, the Hussy loved every bit of it.
She would do just about ANYTHING for the sake of entertainment. 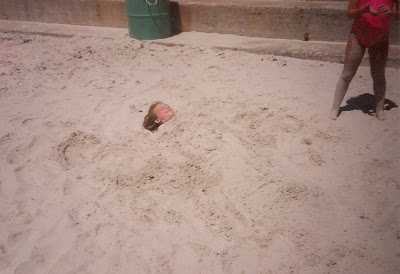 As the Hussy began to grow up, she took on styles all her own.
She wore mile high bangs, dress shirts and ties, and anything else that would make heads turn. 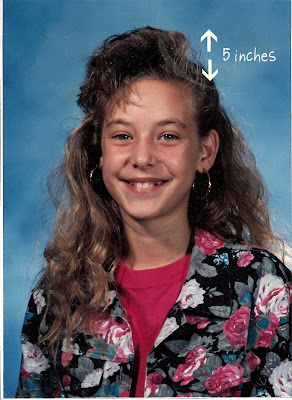 Her humor, style and quick wit granted her friends of all types.
She was loved by all.
Oh.
And she had THE longest limbs in the South. 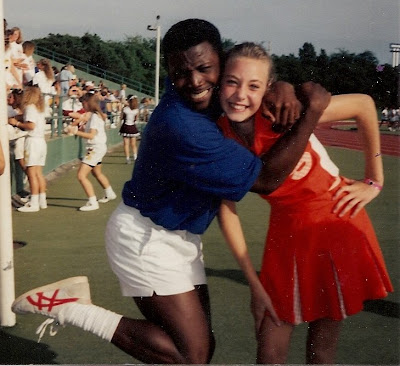 You'd think as a teenager, she would have calmed down.
Oh no my friends, oh no.
Her individuality and freedom allowed her craziness to only swell. 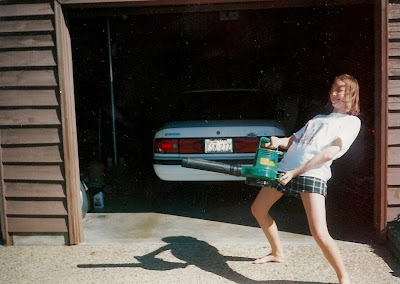 Continually doing whatever, whenever for a mere laugh. 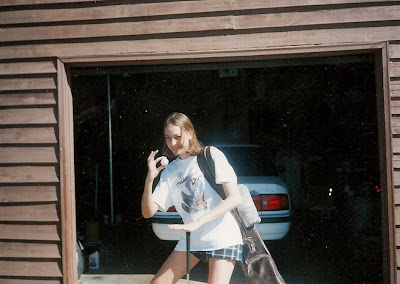 She enjoyed her friends and especially enjoyed having a good time. 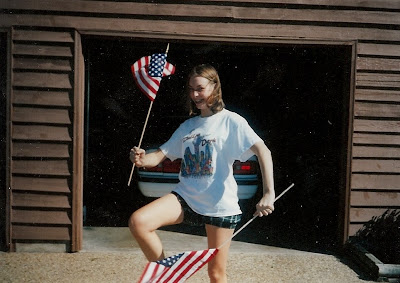 Any object, any place, any person, everything to the Hussy was an idea for a skit or a song. 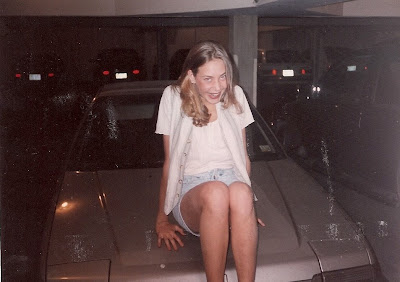 She loved music, no matter how weird it was.
This love made her creativity grow, making up songs to almost anything she came across. 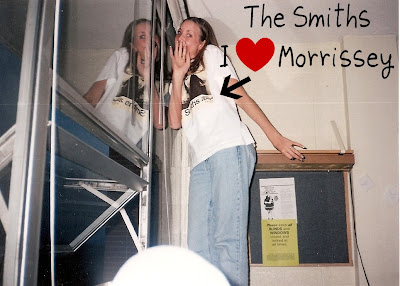 Everywhere she went, the Hussy made friends.
And if she didn't, she created them herself. 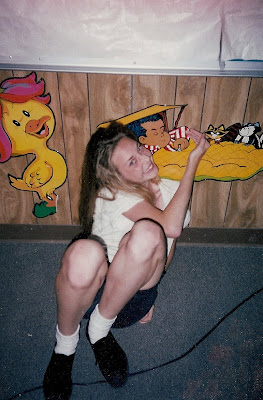 Not ashamed of anything, this girl had no worries, no cares, no qualms with life.
Everything was an opportunity. 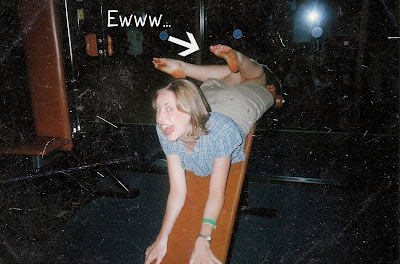 As the Hussy matured, no one would be able to predict what she did next. 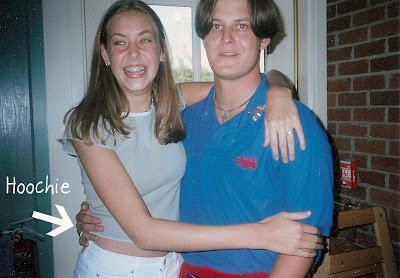 She ran away to South Beach, Miami and spent her time there, getting into trouble, exploring her Lady Gaga side (I swear we were seperated at birth) and finding out WHO she really was. 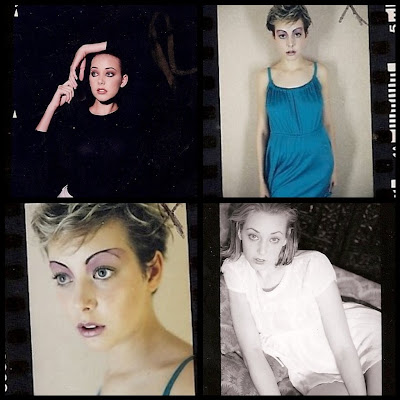 Unique was all she wanted to be.

But not long after she left, she returned for the Love of her life.
She realized the crazy life was not for her.
She realized that SOME things were more important to her than others.
And that Hussies, can also be wives and mothers.
Just a tad toned down.
And so... 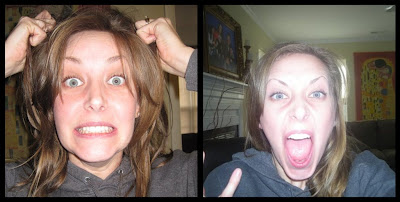 On Monday, February 15th, the Hussy will open her doors for all the world to see just how cRaZy, how WHACK, how incredibly awkward she REALLY is.
Never before has the Hussy shown this side of herself to such a HUGE audience.

It's gonna be so awesome. 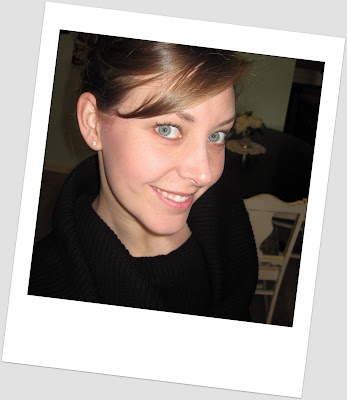 Please, tell your friends.
You won't regret it.

I'll see you there.

Posted by Jessica the Jacked LDS at 5:26 PM

Can't wait!!!! So glad you are 3 hours ahead of me so when I roll outta bed at 9 am the doors will be wide open!

Words aren't enough. Finally all get to see the jessica that I've known for a long time!!

I'm sure you held back even then.

You know that I can't wait!!!! Especially since I know I'm getting a song....

Ohhhh myyyyy!! This is gonna be super fun! ;)

So much I didn't know. I loved your pictures. You are so crazy, love it. I'm excited to see what you're up to.

For the Love of French said...

That is the Jessica I know. Wild and crazy. Will the real Jessica please stand up and be noticed? Love Dad

love all the pictures! model pics are awesome. :) will be there!

Oh dear me, oh me oh my....it is mutha and anxious to see this one baby. Oh! it was not a cold October nor was in the night. All of you girls were born in the morning or early afternoon...

I love you and wish the Hussy thingy all the success you want and I am proud to be the mutha of a Hussy.
Mutha

Ha...I admit, I haven't been in blogland, so I'm a little lost what all this hussy talk is about, but can't wait to see it revealed tomorrow.