While reading another post on Candace's blog about her recent treadmill experiences, I started to drift and remember a day that I was on the treadmill. This day however, was unlike any other day that I was EVER on the treadmill. This was a bad day. A REALLY bad day.
It was the Winter of 2003, January or February sometime. Kora was only a few months old and Jake was just over 2 1/2. Austin and I had taken the kids to my parents house to visit. We did this often since they were only about 5 minutes away from where we lived at the time.
I hadn't gotten my workout in for that day so I had planned to do my run once I got to my parents' house. I had told everyone I'd be upstairs running and to try to keep the kids downstairs until I was done.
It wasn't 10 minutes into my run that Jake snuck up behind me playing with some little balls he found in the house. He was at the very end of the treadmill dropping them on the edge, watching them roll off as I ran. I turned to see him and got annoyed and of course yelled downstairs for Austin to come and get him and KEEP him downstairs. Someone came up and got Jake and I continued my run. 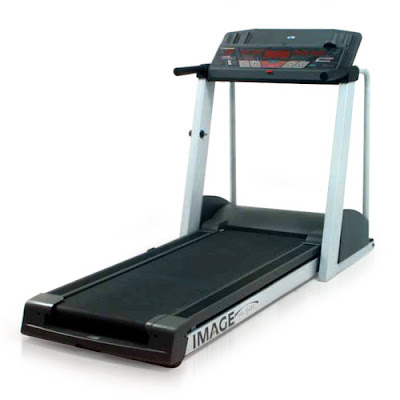 I didn't think about him being up there anymore until about 10 minutes later when I heard a blood curdling scream from behind me. I quickly turned around to horror. The treadmill was still going and my little tiny Jake was there at the back once again with both hands caught under the belt. I FREAKED. I was screaming and in my total shock I couldn't remember how to turn the treadmill off. I finally got it off after a second but it sure felt like forever.
I jumped to the back of the treadmill where my Jake sat crying with both hands not visible. I didn't wanna see. I didn't wanna pull them out because i didn't want to see what they looked like or if they were even still there. I grabbed his left hand and slowly pulled it out. Nothing. Just a small scrape. I was hoping in my head that the other hand would be the same so I grabbed it as well and yanked it out.
It wasn't the same. Not even close. I was in so much shock that I couldn't even cry. The skin on his fingers had been pulled completely off in areas. SO bad that it exposed his bone on one finger. I felt sick. I scooped him up and ran downstairs with him, screaming "Why wasn't anyone watching him!!!??! He was supposed to be down here with you guys!!" I was so mad. Not mad at everyone else, just mad that this had happened to my Jake and mad that he was in so much pain that I couldn't fix.
He was screaming and crying an inconsolable cry. I sat him on the bar downstairs in the kitchen and we all hovered around him, wondering what to do for him as his little tears just kept pouring.
Austin had been working for my Dad at that time and we didn't have any health insurance for the kids, stupid, I know. There was a man in our church who was an ER doctor so the thought popped in my head to call him. He only lived less than a mile from my parents' house. I called and his wife let us know that he was working that night. She called him at the hospital and he quickly called us back to find out what had happened. He urged us to come into the ER through the back doors and he would take care of us in his office. Before leaving the house, we gave Jake a blessing not only to calm his nerves, but all of ours. We left baby Koko with my parents and Austin, me and Jake loaded up and were off to the ER.
That night was really bad. The weather was one of the worst we had experienced in a long time. All of the over passes were frozen solid and most of the roads were closed. The ER he worked in was about 20 minutes away during good weather so I knew this would be a long drive with a sad little boy. I held him the whole way as Austin drove. He eventually stopped crying due to just plain exhaustion, poor guy.
When we got to the ER Doctor Thompson slipped us in right away. There was no waiting and we went straight to his office in a back room. We had several doctors look Jake's hand over. Some thought we should stitch it up, but there was really no skin for the stitches to attach to. Dr. Thompson said Jake's hand was as bad as having it covered in 3rd degree burns. He told us that it would possibly need skin grafts because of the loss. He taught us how to clean it and wrap it up morning and night. He told us we needed to make sure that Jake had function in those fingers when or IF the skin grew back together. He was worried it may grow too tight and Jake would lose flexibility in that hand. He made sure that we would come to his house each week so he could examine the wound and make sure it was healing properly with no infection and he also gave Jake some mega pain medication.
We left the hospital that night overwhelmed by everything that had happened in such a short period of time. We made our stop to the drug store to pick up his meds and all the new supplies we'd be using on Jake's hand for the next several weeks. My poor Jake. He ended up vomiting that night when we got home from all the pain he was in.
This was how his hand looked the day after it happened. 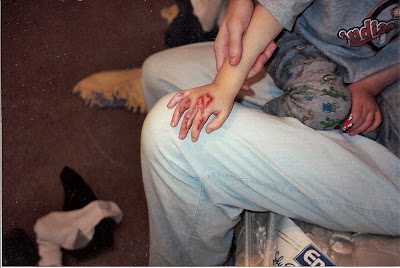 Jake slept pretty bad that first night. Waking up, crying, whining. It was really hard to see my baby boy in such pain that I couldn't just take away. I can't tell you how many times I wished for his pain to be mine instead. 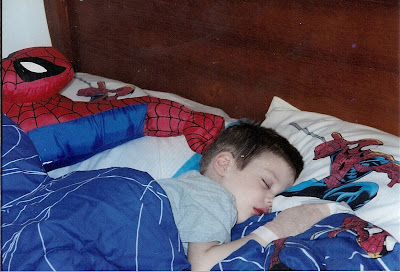 Every morning and every night we'd have to unwrap his hand, scrub it with antibacterial soap and then pat it dry. This was torture for both he and I. It hurt me SO BAD to watch him scream and squirm. Even still, if I come across that same kind of soap we used and I get a whiff of it, my stomach turns. 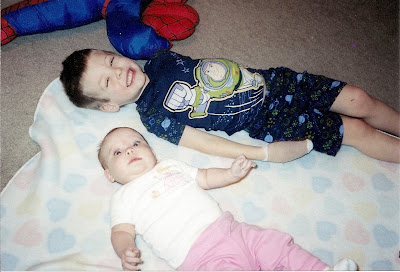 We continued our follow-ups with Doctor Thompson at his house. SO grateful for the services he provided us for FREE. Jake's hand was healing great and his range of motion in his fingers was not lost. No infection. No skin grafts needed. The better it got, the less it had to be wrapped and the easier the cleanings went. 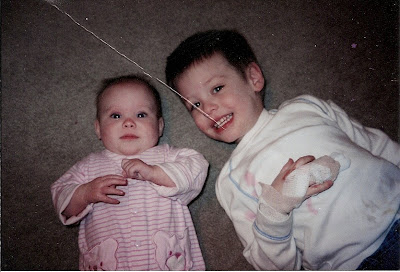 Today Jake's hand looks great. There is still some pretty bad scarring, but it's not really noticeable because it's in between his fingers. No one really even pays attention to it. his fingers all work great and bend properly and you wouldn't even be able to tell that anything ever happened if I never told ya! 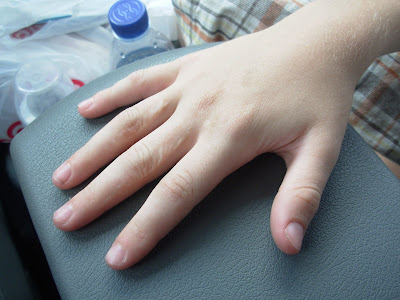 Posted by Jessica the Jacked LDS at 2:27 PM

man im crying! Gosh preg horomones. I don't even want to think of the first time Miles will get hurt! You are brave!

Okay, that really made my polly hurt!!!!

Thank goodness the story had a happy ending.

Poor Jake, that really sucks. I've heard of that happening but I never knew anyone that it happened too.

How great is it that you not only got FREE medical care but you didn't have to WAIT in the ER for 3 hours! That's awesome!

Glad everything worked out for him, bc you never know when the simplest of things can do the most harm!

when you said that your story starts with a treadmill.. i knew exACTLY where it was going... *shiver*.. i remember that day. I think was at BYU or maybe i wasn't... all i remember was NOT seeing his hand in person and being GRATEFUL for that... poor baby jake. Bless his heart.

That makes me cringe! Im scared to have kids.....It looks like it hurt SOOOO bad!

Omgosh, never again. Never again will I get on the treadmill while Noah is awake. Emma's old enough to know to stay away, however, she does get on there to try to "be like Mommy" when I'm not upstairs. I am totally freaked out and in pain for poor baby Jake. I'm so glad it healed well. I can't imagine how horrified you must've been. I probably wouldn't have spoken to Tony for weeks if this had happened on his watch, so I'm glad to hear you're a nicer person than I and didn't hate anyone for not watching him properly.

I knew there was a reason I don't run.

Poor Jake! I'm glad everything worked out in the end and all is well now.

Uggg...heartbreaking!! Thanks for sharing, bet that was tough to relive for us.

totally off the subject. i'm FINALLY making the choc chip cookies, so i was thinking of you. and! i thought i wonder what tiny baby's name is. so, i vote that you send all of us "in the know" an email to tell us the name. or you could just send it to me if you're out of bubble wrap and love. :)

That was a terrible day. My sweet little Jake and the ripped hand. I am just glad I got to see a picture of him on the blog and that that time is over.
Mawmaw

That made me cry:(
One more reason why I shouldn't workout.
I am so glad it healed so well and you had such a wonderful doctor!

I had to squinch and turn half away while I read that sad story of Jake. whoa.

Wow. Seriously, that was hard to read. But I am a sick, sick, sicko, so I read it and blew up the pictures to look closer. I am so sorry this happened to him, but SO glad he was ok. Poor guy.

We just went through the same thing with our youngest!!! Literally burned the top of his hand/wrist/arm off on my neighbor's treadmill. I hope his scars are as nice as Jake's!