I started out this post thinking I was gonna go through a list of things that nasty me out. I thought it would be fun to show you that even though I love me some nasty roadkill, things that actually GROSS ME OUT aren't really that gross.
Feet touching feet.
Long fingernails but only on me.
Dead people in their casket.'
Everything that really sickens me and gives me chills up and down my spine aren't really blood and guts type things.
Upon gathering pictures of gross things I realized I had already done a similar post and didn't want to bore you yet again with another list of stuff I hate.
BUT INSTEAD.
I realized I was concocting a whole DIFFERENT post when one of my nasties popped into my head. A nasty that I don't really express to many people, but instead I keep hidden in my thoughts as not to embarrass or offend friends or acquaintances...maybe even family.
And so...
I have a confession to make.
One I've only made to like 5 people total in my lifetime.
I get 100% totally grossed out by homemade food from people that don't look clean or presentable on a regular basis.
You know all those church "potlucks".
Yeah I usually try to avoid those.
Or how bout those birthday parities your kid has to go to and you see the cake that obviously the mom created herself. Yeah the one that everyone is complimenting but it looks like crap. The one that looks like a million fingers have been drug through the batter and frosting. Fingers that have scratched butts, va jj's, picked nosed...run through greasy hair.
*SHIVER*
"Kora's mom? Would you like a piece of cake?"
"Uhmm...I'll pass thanks.." 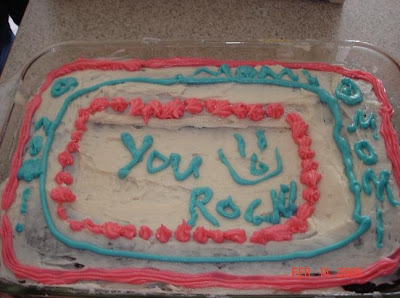 There are several reasons why I can't stomach eating food from gross people.
You never know if they have drooling issues. 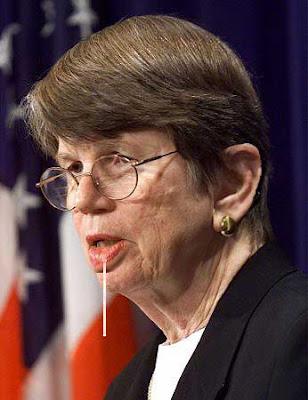 Or if their snotty kids hung over the bowl begging to lick the beaters. 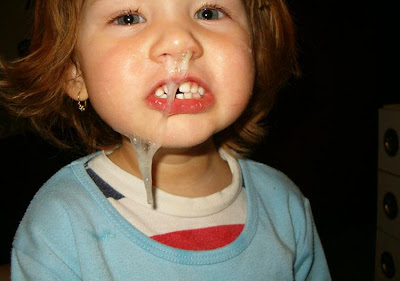 Or what if they have hair loss issues and they're letting all their issues fall into your dinner they're making you. 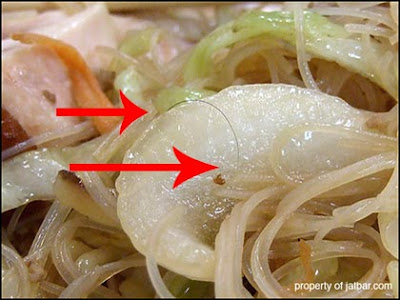 Even worse, what if they hate you and they place traps in your food on purpose. I found a really good picture of a REAL booger online but I gagged so much looking at it that I couldn't bear to make you see it too (unless you want to). If you click on that link you're sick. 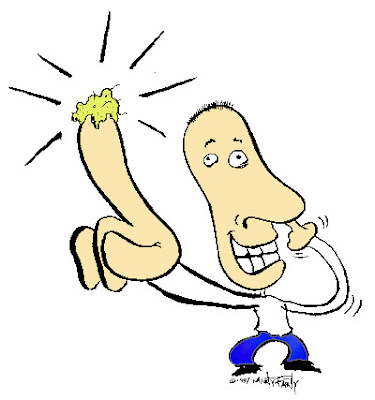 Or what if they had a nail that was just dangling by a thread and it only took one hit on the casserole dish to knock it into your side dish. 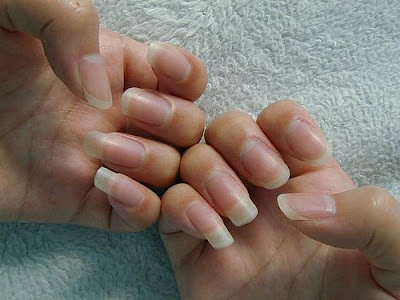 And worst of all...
I can't even believe I'm putting this picture on my blog. I'll probably delete it after everyone reads it because it makes me feel like spiders are getting into my computer and all over my house and gonna start crawling out of my keyboard as I type.
What if the food they used was in a cupboard that had THIS nastiness growing inside?
Oh gosh..I'm getting sick. 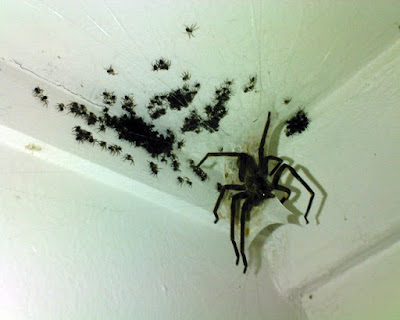 You can call me rude.
Ungrateful.
Spoiled.
Picky.
Whatever you wanna call me.
I still refuse to eat food that was made by people that are nasty looking.
Would you eat this? 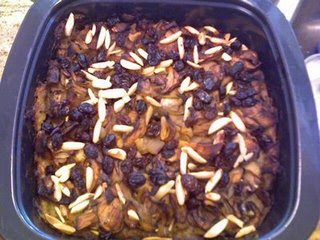 Or how bout this? Okay then. Didn't think so.
Posted by Jessica the Jacked LDS at 5:20 PM

I totally agree. I have taken those Food Handler Permit tests multiple times and lemme tell ya, the stuff they talk about is downright stomach churning yuckiness. When you come visit me I promise my kitchen will be spotless and I don't scratch things while cooking. - Bleck!

Okay, seriously......I wanted to vomit when I saw all those nasty slimy snot nose images...that poor poor child who's mom posted a pic on the internet and now it is an imaged that is forever saved under a google search, so people like you can post it on your nasty blog!

And those nasty hairs in whatever dish that was.....NASTY!

What is up with you lately? Who are you anymore? Seriously, you need to run away so you can come back with a clear mind and soul!

DELETE THE SPIRDER PICTURE NOWWWW!! AHHHHH it makes me want to CRY!

I think I vomited in my mouth just now. My gag reflex is still going wild! I agree that if food doesn't look presentable I also don't eat it. But seriously, the pictures? I don't even want to know where they came from.

I know Amber totally clicked that link and I'm really glad that you can put snot dripping off a childs face on your blog but one crispy little booger is too gross???

I hate gross looking people pot lucks. It's why I always try to look nice when I make things to share because I want people to eat them and not think that I scratched my butt while shredding their cheese...because I totally did. Just kidding. No really, I even use tasting spoons when I cook for others.

I am so glad you posted this. I'm getting Tony to read it right now. He thinks I'm sucha freak, because when we go to events, I ONLY eat things that were made by people I know, love, and trust. If I don't know who made it, I am NOT eating it. He is just the opposite. He'll eat everything and anything available. I think he's crazy. He's probably gonna get the funk from some nasty butt picking person one day.

Dude-- I am totally with you on this one. I rarely eat at mass gatherings or large uncatered functions. I have way too vivid of an imagination. Imagine this: used band aids accidentally finding their way into the potato casserole at the yearly wars Christmas dinner. You know it's happened.

Oops. That was supposed to be ward dinner. I was too busy picking my nose and making you some cookies to type it right.

So what do you do when the ward starts bringing you meals after having a baby? Do you refuse them from the get-go? Do you accept them with grace only to pitch them in the trash the second you close the door on the unsuspecting good-doer? Hmmm...I'd like to know about this one.

Where DID you find these pictures? What kind of google image search can produce such nastiness?

I hear ya... I never touch anyone's food that i don't know WELL... like my dad would say.. you never know if the cat licked the butter..nuff said..

why didn't you steal that picture of the meatloaf i got?

oh my gosh oh my gosh...i almost started to cry when i saw that spider pic...oh please delete it! I'm deathly afraid of spiders...even spider pictures.

I know that this post was directed to me and my goulash... and I DO NOT appreciate it. You suck!

Oh, and strangely, I found this post MUCH more disgusting than the roadkill. The hair..... YUCK!!!! Totally hit the gag reflex!

Jerad would love reading this, because this is SO ME! Potlucks are my own personal HELL. I have to bring a main-dish type thing just so I have something to eat, and something to feed my kids! Jerad will go around and eat it all, and I'm like, nuh-uh. Ew. I avoid potlucks like the plague. This is horrible, but I've thrown cookies away that someone in the ward brought me... several times. I know, it's terrible, but I find unfamiliar kitchen food disgusting.