Observations - because I've been in that mode lately

1. Just for the record, the sunglasses butt man? Yea, he's a woman.
Maybe we should just refer to it as "SHIM".
2. Say these two phrases: "OBAMA BIDEN" and "OSAMA BIN LADEN". I just noticed this the other day as I drove past signs and bumper stickers and stuff. They sound eerily similar, don't they? Having names like that isn't the best fit for this presidential election, am I right? Poor guys. I'm not saying anything about Obama at all...I think he's cool. To be honest with you, I think he LOOKS more like a president, doesn't he? He seems more put together and all "in with the ppl", right? McCain is so stiff and uncomfortable. I feel like he doesn't know what to do with his mouth so he keeps opening it and then closing it and then smiling...kinda like a muppet. Now remember, I'm basing these judgements off of looks only. I know nothing about the issues they support or don't, except for what I overhear other ppl saying. SO, that's probably a good reason for me NOT to vote. I'd probably just pick the cuter of the two and that has GOT to be Obama. I love how he always rolls up the sleeves on his dress shirt, like he's ready to get down and dirty. It's precious. Oh well...Go both guys!!! 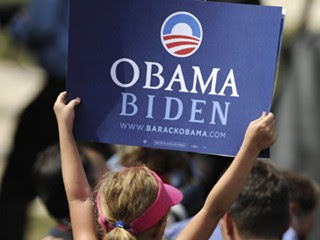 3. While driving on the highway in these parts I've noticed massive amounts of extremely large and beastie roadkill. I guess with either sides of the highway being thick forestry, animals tend to unexpectedly find themselves in the middle of the freeway and then BAM. Most often I see deer. We're talkin big ones. I had only seen females (I don't know the term for a girl deer, I don't hunt) up until today when I saw a huge MALE deer. It had horns and everything. For a quick second I thought about cuttin it's head off, stuffing it and mounting it and then telling everyone that I hunted it. It would be like a freebie. I dunno, it was cool at the time.
4. There's this photography studio by my house and it's called "Bill Buttram Photography". Can you imagine having a name like that? I like how he smooshes the last three letters of his last name together so it isn't so noticeable. I could be making it worse that it is, maybe the name is pronounced "Boo-tram" instead of BUTT RAM. What's funny is, his real name is probably William. I wonder why he goes by Bill instead of Will. As if that isn't bad enough, that "bb" symbol looks like a pair of boobies! Okay this is just getting too nasty... 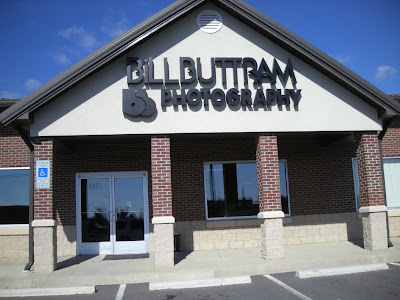 Posted by Jessica the Jacked LDS at 1:05 PM

There is a sign in St. George I'm gonna have to take a pic of for you it beats this one hands down! Maybe RHM will take one and send it she lives there (hint hint).

At least your honest (about #1)....it made me laugh even though I am the opposite of you and base my vote on issues:)

I just read this and then went to help Cate with something. She bent over and I saw a hairclip on her panties in the same spot as SHIM's glasses. I couldn't help but laugh (and then remove the hairclip and wash it).

my best sign picture was from a Boston haircutting place near the ghetto called "Girlfriend Hooked Me Up Hair Salon" I'll have to hunt that picture up. Plus, i saw the long blonde hair on Shim, but i just assumed it was a mullet. Poor kids of Bill Buttram, they've probably led a tortured life.

Hey, Valinda stole my comment. The sign on the Boulevard in St. George is nasty! Also, did you know that according to a history teacher I had (who is freakin brilliant) people do tend to vote for the most presidential-looking candidate? So, see you are right on the money. Also, I knew that sheman was a woman, that just makes it more gross. Not to be all "gender-roles" but that is something you expect a nasty white trash man in a flannel shirt, dirty jeans, and beer in hand to do.

Hey, I had that same idea about Obama Biden when I saw it on a bumper sticker in San Diego. I kept saying,

Yes, he is the hotter of the two. I've been saying it for weeks.

Will Bill Buttram PLEASE do your Christmas pictures? PLEASE?

Roadkill is Roadsad. But I can never help but look. Please don't touch it.

I love it Jess, you are wonderful in your way of thinking. Seriously. Too bad you are not voting, you are not NEARLY as bad as those people who listen to other white-trash idiots who say Obama is a terrorist JUST because of his name. btw - Did you hear about Palin having $150,000 wordrobe? Crazy huh? And Obama IS way better looking, if I was not basing my vote on all the issues, I would so vote for him just because he would be like JFK as a good-looking young president. :) (as it is, we ARE following the campaigns, and I will just say our yard is probably one of 10 in the whole state of Utah, with the number of signs we have up :) we are rebels.
Also go check out www.engrish.com. You will LYAO with the signs. It's one of our favorite sites.

Will Buttram and his daughter Juwana Buttram... Aren't they a pair!
I totally agree on McCain, he is so hard to listen to. I just wanna slap him and tell him to quit reading the tele-prompter! It drives me crazy!
By the way, a female deer is a doe. Surprised you didn't know that...

Okay when are you going to start writing for Seinfeld? Your daily observations are hilarious!

Your sounding like a guy!! David and I were at the design center and picking out back splash accents...I picked up one I liked...he immediately vetoed it because he said it looks like a nipple...Where the HECK do you think of that!!!

you sound a bit retarded in this post... i won't lie.. but that doesn't take away the fact that bill buttram's logo is a set of titties. I like that about him... he's got his bases covered. Good man. Also... it's a doe and a buck... i think i saw someone say something like that already but still.. i want you to know.. you are 30 after all and should know things like this. HA.

okay... so i just read amy's comment... and she's totally wrong... those are a set of breasts... confirmed by everyone at my work... even the women.