For the holidays, we went to Oklahoma and Arkansas and spent our Thanksgiving with much of Austin's family. Since the truck was in the hospital due to it's condition, we were thankful that MawMaw and PawPaw let us borrow their "extra" car. Wonder what that's like...to have an "extra" car. Hmmm...must be nice. Anyway...the kids were so excited about going SOME where that they stayed awake the whole 4 hours to Arkansas and they even acted pretty decent in the car being so close together. While we were driving, Kora asked me to turn around and look at her and Jake and this is what they were doing. Bone heads... 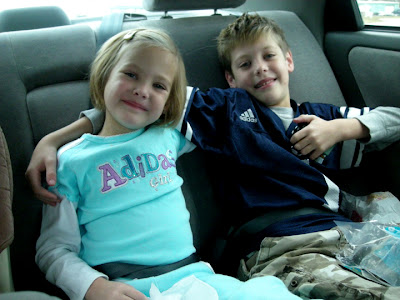 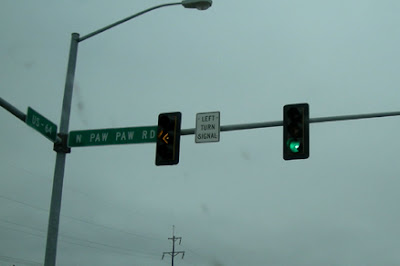 We stayed all the nights at Austin's Grandma's House (his mom's mom), Grandma Sharon and Jim. But when we woke up the first day, we were off to visit Pops' brother's family, Uncle George. They live in Oklahoma but it's only about 30 minutes from where we were staying. This is Uncle George preparing the turkey. Doesn't he look like Pops! We had so much fun with them and we stayed there the ENTIRE day just talking, napping (i was), eating and enjoying everyone's company. Uncle George and Miah made homemade donuts and I hadn't had those in forEVER and they were delicious!! mmmm 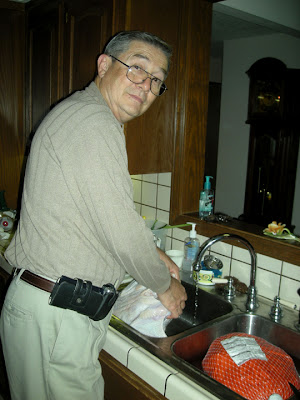 Kora met 2 new 2nd cousins. Leyla the dark haired one is Austin's cousin Jackie's daughter and then Brooke, the red haired one, is Austin's cousin Sherry's daughter. These girls are all within a year of each other and when you put them together, it equals trouble!! No really, they had SO MUCH fun together and played non stop without a single fight. That's pretty good for girls! Don't they look rowdy! I love it! 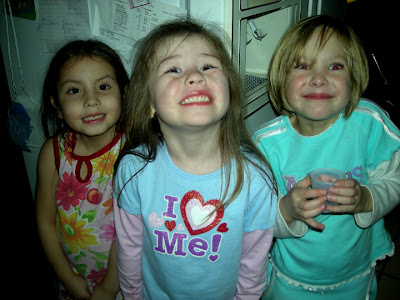 Jake got pretty sick that day, but when he wasn't resting, he was playing with the guys and their guns. He was so excited to be around all the ammo and testosterone! He asked me to take this picture of him with this gun. Don't ask me what face he's making here, it's silly and it kind of reminds me of Uncle Kevin a little! 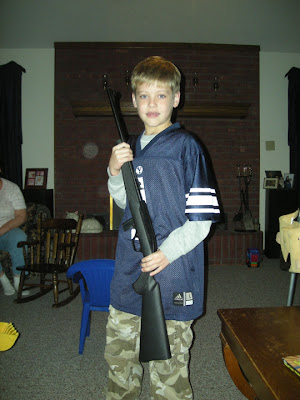 Here are the boys outside shooting all their different kinds of guns. They used all sorts of targets even a big ole squash! 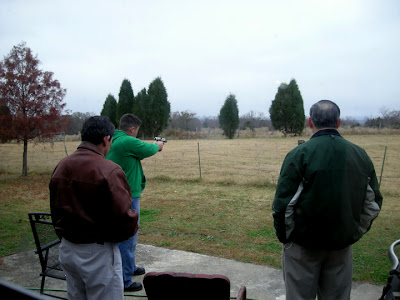 Miah was too little to play with the guns, but he watched through the window and wished he was out there. 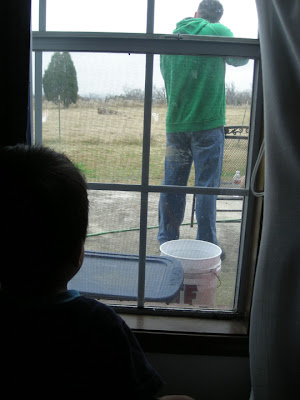 When I told Miah he had to take a nap, he got all mad and snuggled up next to Granny Kay. She is Austin's grandma (his dad's mom). Granny Kay LOVED the attention and look at this spoiled, "I dont' have to do what you want me to do" face Miah is giving me...terd ball. 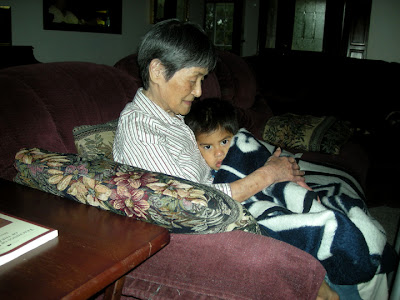 The girls really wore themselves out, look at those rosy flushed cheeks! 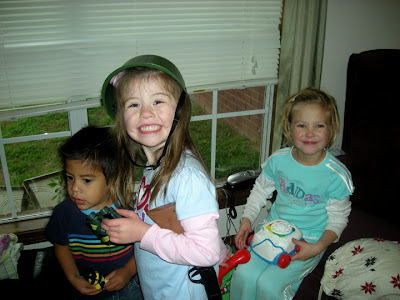 On the way back to Grandma Sharon's and Jim's the kids died...literally, they fell over and passed out. 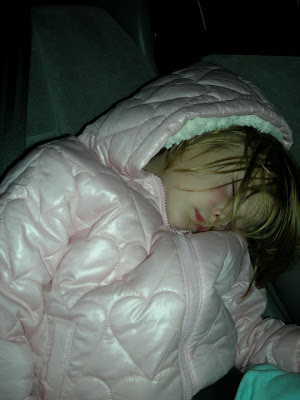 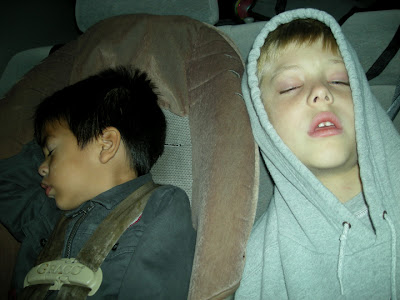 Here we are back at Grandma Sharon and Jim's house. Kora and Miah are enjoying a nice slice of cake right before bed. Nuthin' like a little sugar to help you conk out. 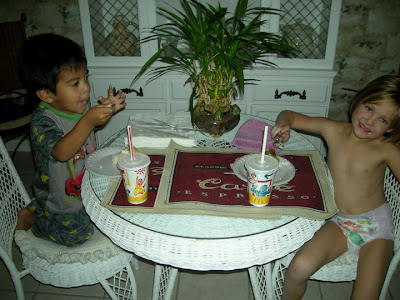 Jake spent all his time playing computer games with his other cousin Cameron. He is Austin's Mom's Sister's son...phew...that was a lot of work. 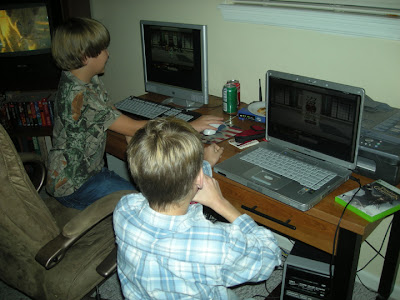 That's about it. I didn't get a lot of pictures like I wanted and NONE on actual Thanksgiving Day because I was in lock down vomiting and sleeping. Forgive me! I hope this still satisfies your picture urges!
Posted by Jessica the Jacked LDS at 9:23 PM