After school on Wednesday, me, Jake and Kora went downtown to watch the Rockwall High School Homecoming parade go through the square. This Friday is the Homecoming game so everyone in town is getting really excited and all spirited about the Yellowjackets. I thought it would be fun for Jake and Kora to see all the aspects of the homecoming from the band to the football players and everything in between. It's been 10 years since I graduated from Rockwall and MAN have things changed. They have a swim team and a hockey team now!! We stopped to get ice cream on our way and enjoyed our cones while we watched. I love this picture of Jake, he looks so grown up and mature, he's SO handsome! 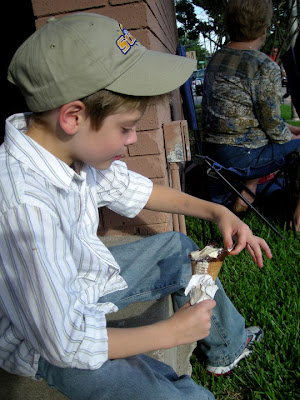 Here's the Band, I love the Rockwall Fight song!!!! 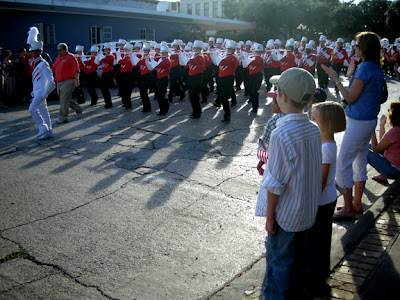 Next came the drill team and Jake and Kora were so excited that Aunt MiMi used to be in the drill team. They acted proud that they personally know a Stingerette! 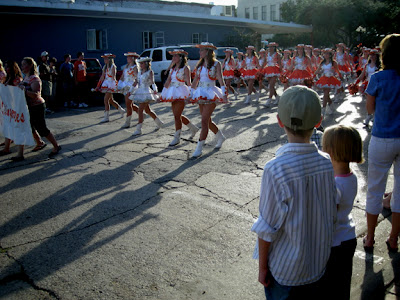 When the cheerleaders came by Kora ran up to the street and I had to a get this picture of her all alone waving at the cheerleaders. It's so cute. I like the little Yellowjacket Mascot, he's cute! 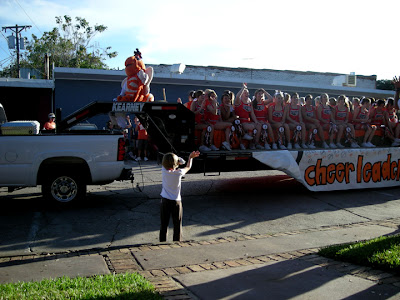 The finale was the football team who are like superstars to Jake. He did comment saying that they weren't as big as he thought they would be...COME ON JACKETS..BEEF UP! 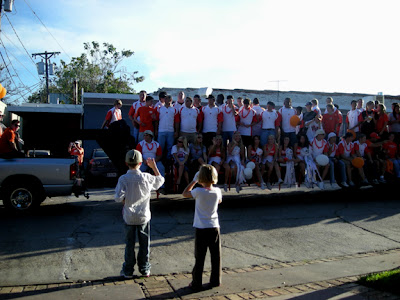 Posted by Jessica the Jacked LDS at 9:13 AM

i can't remember the last time i went to a rockwall parade...i think i was in middle school..it looks really fun.