A Field Trip to the Arboretum

This last Friday, a group of friends from church and I went to visit the Arboretum while it's having it's Fall theme going on. The pumpkins were SO beautiful and the kids had such a wonderful time. At first, Kora kept asking, "where is the park? what are we going to do here." But after seeing all the fun waterfalls and trees and paths and pumpkins, she and the other kiddos warmed up pretty quick and were runnin all over the place!
Isn't this a beautiful picture with the trees and the view of White Rock Lake in the background? 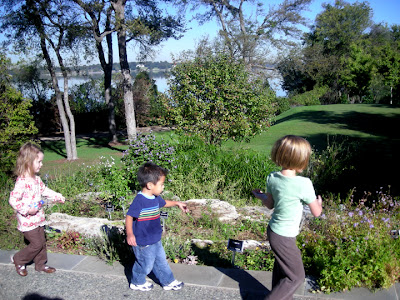 Kora and her friend Tara thought these skinny people were pretty silly and of course they loved putting their hands in the water and getting wet! 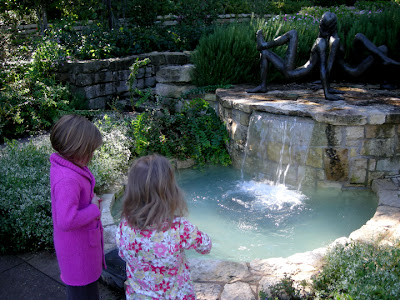 Kora had a blast with the big old trees that she could shake. She also loved gathering the pine cones and making a big pile. 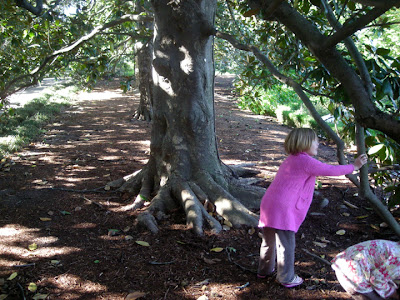 Here's our little group sittin with the biggest pumpkin ever.
Kora, Cate, Miah, Bethann and Tara 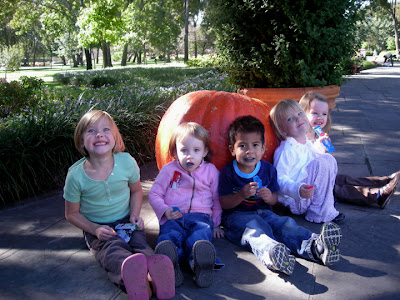 I really didn't expect Kora to have SO much fun looking at all the plants and flowers, but she really enjoyed how pretty they were and appreciated how awesome nature is. She couldn't believe this big bunch of greenery growing in this little pond. 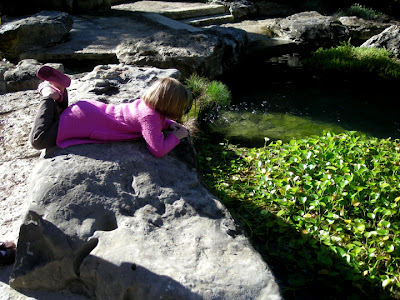 ALL the kids loved the frogerfall they have there. There are 4 different frogs in each corner all spraying a spout of water into the center. 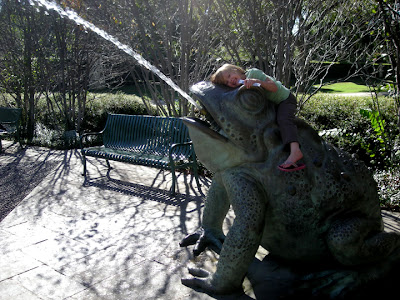 There were SO many caterpillars there and Kora had to pick up each and everyone. I felt so bad for the little guys because she kept dropping them. I'm sure they had headaches. 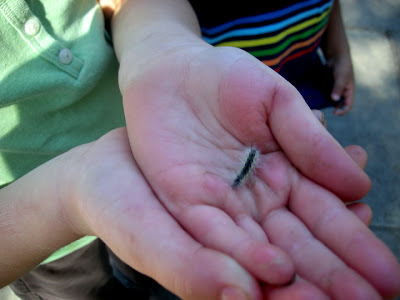 Here's Miah in the center of the frogerfall, he was too nervous to get on top of the frog, but he loved the water. 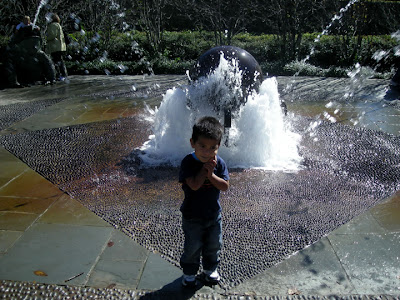 Isn't this beautiful? This is what I mean by Kora appreciating the beauty in nature. I never expected her to be like that because she is so face paced, but when she saw things like this she had to stop and just sit and look and take it all in. 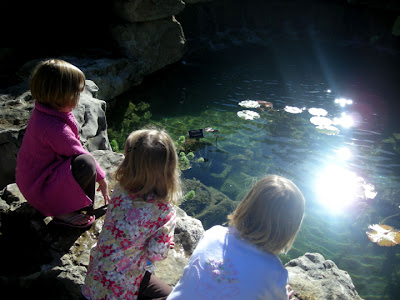 Believe it or not, Miah and Kora WERE friends that day. They really got along good which has been a common thread over the last few days. 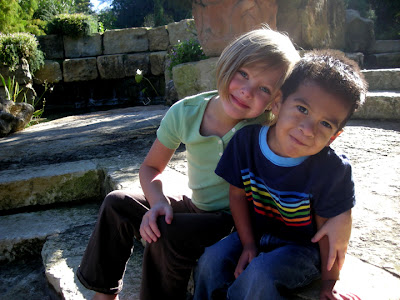 This is inside the house made of pumpkins. Isn't it cute how they all stood on a pumpkin? 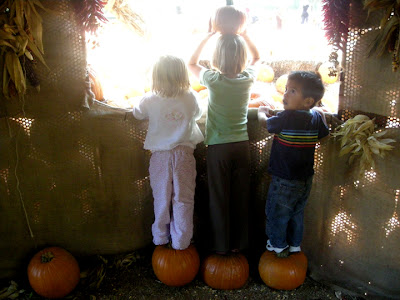 When Miah saw this house he was so excited to go in and visit. 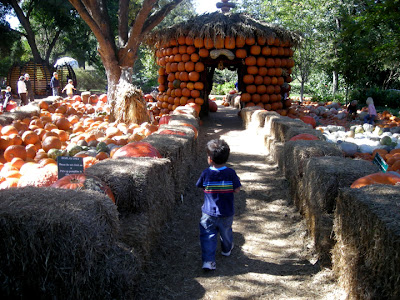 Here's Miah and Bethann (who had an ongoing plumbers crack). She was so precious and Miah enjoyed having someone around close to his age. 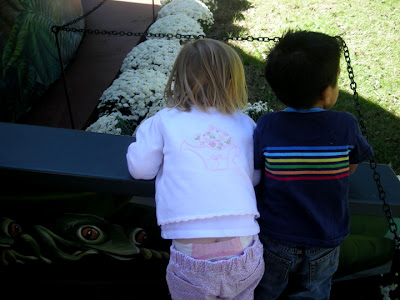 Kora didn't know Tara that well before this day and afterwards they were real pals. They ran all over the pumpkin patch and hay bail maze like wild maniacs. 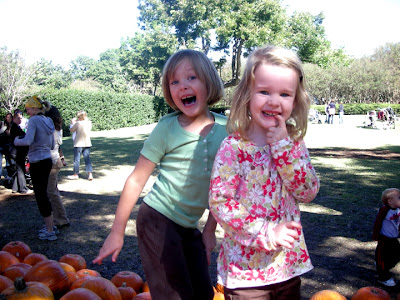 Once again, being friendly and cute together! Miah didn't want to leave his pumpkin there, he thought he could take it home. 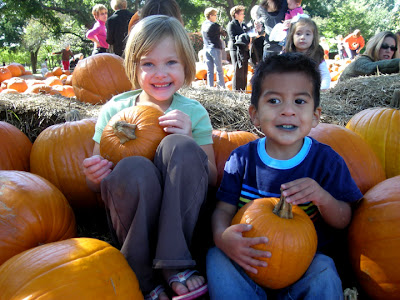 We had such a blast and the weather was so perfect! They also have a whole display about the cocoa tree and had a huge planter full of cocoa mulch. It was made up of the crushed outer shells of the cocoa bean and it smelled SOOOO delicious! I told Austin we have to use cocoa mulch when we get a house one day because we are such chocolate lovers at our house!
Posted by Jessica the Jacked LDS at 10:09 PM

I haven't been since I was a kid! Except for a wedding there:) It looks beautiful! I am fearful that P would not last long there unless there was something to do with Star Wars hidden in all those beautiful flowers and bushes!

that little tara girl kinda looks like kora... ha. That looks so fun! I wanna go!!!

It's neat to see your kids and Deanna's together! Where's the pic of you and Deanna?!!!! Looks like great fun. :D

I loved seeing the babies and pumpkins.