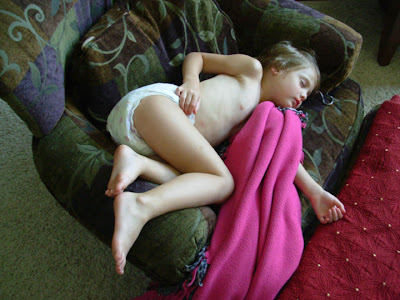 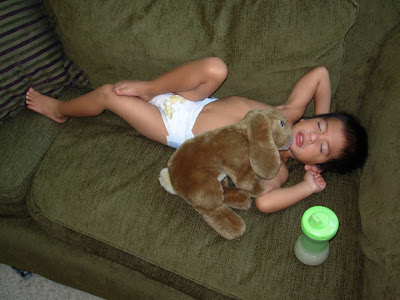 A week or so ago, my mother offered to watch my angel like children for several hours while I had some "me" time doing whatever I wanted. At first I felt I shouldn't take the offer, but it only took me several SECONDS to take her up on the offer and plan a day!
I decided to have lunch with my sweet cousin Michelle which we enjoyed at Mijo's in Arlington. We got to run errands with each other afterwards and then went back to her home where we enjoyed mingling with her mother Peggy (or as the kids call her "piggy"). The lack of children present was so enjoyable, but I have to admit that while sitting in the restaurant, I kept feeling a responsibility to the children seated NEAR me. I kept looking at their drinks thinking I needed to refill them, I was worried about them knocking their plate onto the floor and I even felt like telling one of them to sit down and eat - odd huh?
My mother, while at home with my innocent and precious, could do not wrong children was having a grand ol' time. She only called me about 32 times, but they were all emergencies. I had to walk her through the steps of starting a breathing treatment over the phone which was quite the task if I do say so myself.
When I got home from my "me"time, I walked in to find two of my adorably perfect children asleep on the couch. I'm sure they were so worn out from taking care of maw maw that they just couldn't keep their eyes open anymore. One might think, when looking at this picture, that these children were tired from acting liking heathenistic maniacs while their not so strict grandmother was tending to them. They might think that they walked all over that grandmother since she didn't know all the rules and even if she did she wouldn't enforce them. One might think this because it is normal for children to act a little bit crazier than normal when under the care of grandparents. OHHhh NOooo...that's not the case with my children. My children are so perfect, so angelic, so innocent and so reverent that I KNOW they were tired from helping maw maw when she was alone with them. What great kids I have, huh? I know their maw maw loves them! Even when they do run a muck!
Posted by Jessica the Jacked LDS at 9:11 PM

HA! gald you had a good time though:)

i love these babies... so cuddly... i want to just hug them both.

YAY Mijo's!!! I had TONS of fun with you and I am excited for our next cuzin day!!!! Love you!