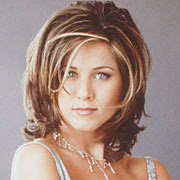 OH MY GOSH.....I don't know what else to say... that story makes me want to cry. i'm so sorry you experienced that.

I NEED UPDATES!!!! did you see my pictures? go check out my blog.

so glad your starting to write these down...your really great with words and although I already heard this story, I found myself laughing out loud!

So glad your starting to write these down...Your great with words and although I already heard this story...I found my self laughing out loud!

After I read this, I thought... this is the Jessica we all know and love and she FINALLY got some comments. Then I click to comment and I notice... only two people commented and both did a repeat. Whatever... you totally deserved more comments on this one.

I love your white trash moments, they are always good for a smile!